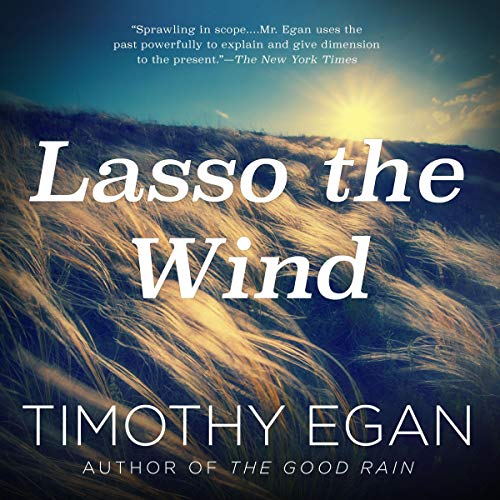 By: Timothy Egan
Narrated by: John McLain
Try for $0.00

A New York Times Notable Book of the Year

Winner of the Mountains and Plains Book Seller's Association Award

"They have tried to tame it, shave it, fence it, cut it, dam it, drain it, nuke it, poison it, pave it, and subdivide it," writes Timothy Egan of the West; still, "this region's hold on the American character has never seemed stronger." In this colorful and revealing journey through the eleven states west of the 100th meridian, Egan, a third-generation westerner, evokes a lovely and troubled country where land is religion and the holy war between preservers and possessors never ends.

Egan leads us on an unconventional, freewheeling tour: from America's oldest continuously inhabited community, the Ancoma Pueblo in New Mexico, to the high kitsch of Lake Havasu City, Arizona, where London Bridge has been painstakingly rebuilt stone by stone; from the fragile beauty of Idaho's Bitterroot Range to the gross excess of Las Vegas, a city built as though in defiance of its arid environment. In a unique blend of travel writing, historical reflection, and passionate polemic, Egan has produced a moving study of the West: how it became what it is, and where it is going.

"Sprawling in scope.... Mr. Egan uses the past powerfully to explain and give dimension to the present." ( The New York Times)
"Fine reportage... honed and polished until it reads more like literature than journalism." ( Los Angeles Times)

What listeners say about Lasso the Wind

written as a loose history of the American West. Well crafted by Tim Eagan as usual. I hated the narrator. will never listen to another of this narrators books.

A spectacular rolling account peppered with brilliant story and ascerbic observation. Egan knows the West in all its natural beauty and corrupt politics. It is a primer in what went wrong, and what continues to be a failed vision of the West.

The narrator seemed to put on a "cowboy" voice and lilt which I found annoying. Several Native words were mispronounced,thos discredited the narrator to me.
The book itself was good, but very outdated. It is a book about the "new" West but it's nearly 30 years old. Nevertheless, it is extremely interesting. I really liked the one chapter, one city format.

My new favorite book explaining the west in its current transition into modern times.

This is the best write-up ever written summarizing the American West as it transitions from old school colonization and corruption into a more sustainable future.