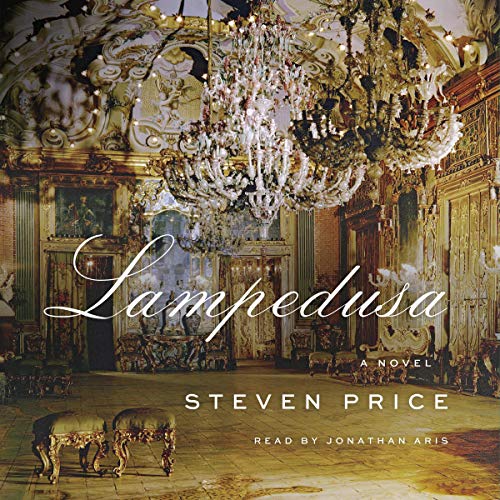 By: Steven Price
Narrated by: Jonathan Aris
Try for $0.00

Like Colm Tóibín's The Master or Michael Cunningham's The Hours, a novel about art and writing in the life of one of the greats.

Set in a sun-drenched Sicily, among the decadent Italian aristocracy of the late 1950s, Steven Price's Lampedusa explores the final years of Giuseppe Tomasi, the last prince of Lampedusa, as he struggles to complete his only novel, The Leopard.

In 1955, Tomasi was diagnosed with advanced emphysema; shortly after, he began work on a novel that would fail to be published before his death four years later. When The Leopard at last appeared, it won Italy’s Strega Prize and became the greatest Italian novel of the century.

Adhering intensely to the facts of Tomasi's life but moving deep into the mind of the author, Lampedusa inhabits the complicated interior of a man facing down the end of his life and struggling to make something of lasting worth while there is still time.

What listeners say about Lampedusa

A beautiful story about memory

You will want to (re) read The Leopard but this story stands alone. Not much really happens but it's like a beautiful piece of music

You’ve finished the Leopard. But you don’t want to leave that world just yet. Well, this excellent book is just for you. It’s tone is similar to that of the Leopard and you get the understand the author and the place where The Leopard came from.