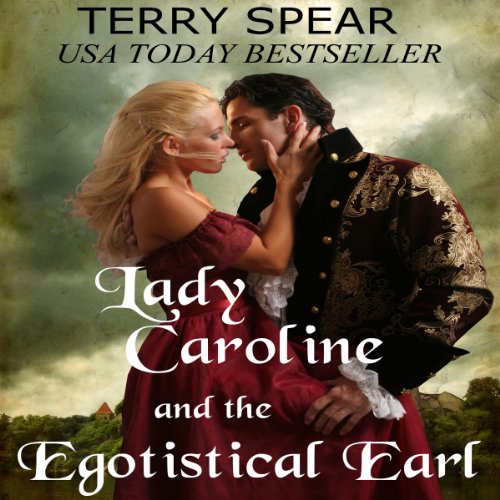 Lady Caroline and the Egotistical Earl

By: Terry Spear
Narrated by: Maria Hunter Welles
Try for $0.00

Lady Caroline has one mission in mind, helping her mother maintain their estates after her father's death, while knights posing as the earl's men continue to kill their livestock. But as soon as her mother wishes the earl's intervention, Caroline has a new problem - the earl is intrigued with her and wants her to reside at his castle and serve his mother. Caroline refuses, but as the raids on her family's lands turn more deadly, Lord John Talbot forces the issue.

Caroline continues to attempt to uncover who is behind the raids, and with her unnatural ability to remember details, she intends to see justice done. The lady may be his undoing, but the earl decides she is the one for him and no other will do, if only he can keep her safe from the danger that follows her every move until he can wed her.

What listeners say about Lady Caroline and the Egotistical Earl

The beginning is kinda slow, and the story goes on and on (10 hours worth). I am not sure why the leads ever fall in love, the Earl has "people" to do pretty much everything for him so his interactions with the heroine are pretty limited for much of the book. There is some kissing, but not really anything more graphic except a dream sequence or two. Although I though this book was fine it wasn't really memorable. The love story isn't particularly inspiring but the heroine is kinda fun while all the men are pretty limited.

A sweet historical romance with mystery and suspen

If you could sum up Lady Caroline and the Egotistical Earl in three words, what would they be?

I loved the characters. Lady Caroline was caring, stubborn, and spunky. The Earl John Talbot was sexy and smart.

What does Maria Hunter Welles bring to the story that you wouldn’t experience if you just read the book?

Maria Hunter performed awesome. I loved her different voices for each of the characters. Her voice is pleasant to listen to.

I have no idea. Please read my review below

Lady Caroline is investigating the crimes against her mother’s lands. But a pesky Earl is trying to keep her from doing so by requesting her presence at every chance he could. Was he involved in these crimes or did he have other things on his mind. Without a father, Caroline also keeps her family’s books and tends to other tasks needed. She didn’t have time to waste on a man who changes women every time the wind changes direction.
Earl Lord John Talbot is intrigued by Lady Caroline and he can’t seem to spend enough time with her. She is unlike any other Lady he’d met. But her insistence on catching the men involved in livestock slaughters on her land made him worry for her safety.
I don’t normally read historical romance but I loved this story. Not only is there romance but also a mystery.
Lady Caroline was entertaining and Lord Talbot was totally hot. The story and mystery kept me guessing.
If you like historical and sweet romance with suspense and mystery then you will enjoy this story.