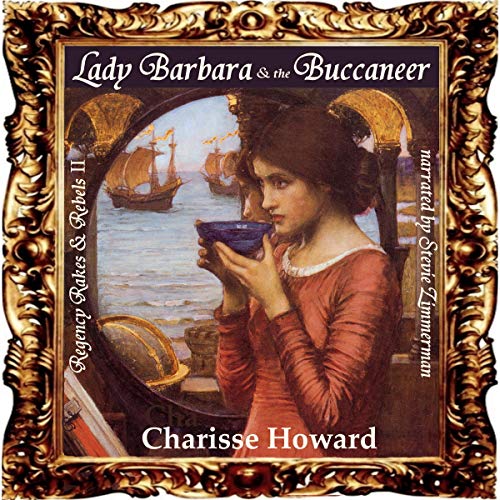 By: Charisse Howard
Narrated by: Stevie Zimmerman
Try for $0.00

One week before Lady Barbara sails home to London, how can she resist a last fling at the buccaneers' Carnival on Grand Terre? With Mardi Gras banned in the Louisiana bayous, only Jean Laffite and his band of smugglers and pirates dare to celebrate. Widowed after a two-day marriage, Barbara feared her life was over before it really began. Tonight, laissez le bon temps rouler! In a wild crowd of masqueraders Barbara is swept off her feet by Will Stover, the Black Buccaneer. Feasting, dancing, exploring the island, this passionate stranger lights a fire in her heart. But who is he? Is the lover who whirls her through a festive shipboard wedding a costumed friend of her cousin's, as she thought, or areal pirate? When Mardi Gras ends, will she ever see him again?

What listeners say about Lady Barbara & the Buccaneer