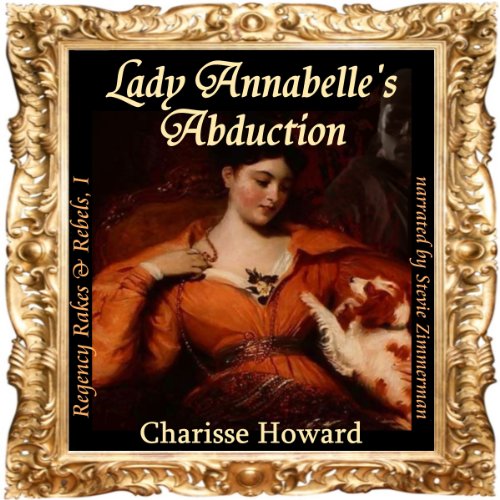 By: Charisse Howard
Narrated by: Stevie Zimmerman
Try for $0.00

If Lady Annabelle Chatfield’s reckless brother had to die in debt, couldn’t he have borrowed from someone young and handsome? Marrying the dumpy middle-aged Earl of Brackenbury is not her idea of a bright future. But when a dark stranger climbs into her window at midnight and carries her off on the pommel of his saddle, Lady Annabelle stops wishing for excitement. Who is this ruthless brigand known only as Hawk?

Where has he taken her? Tied to a rickety chair in a woodland hut, she prays for anyone, even Lord Brackenbury, to save her from her kidnappers. For according to Hawk, Lady Annabelle is merely a pawn in a deadly chess game, and ruining her is a key move. Unable to free herself, she weeps and prays: Will rescue come in time to save her honour, her looming marriage, and her desperate family? But as she and Hawk warily grow acquainted, she begins to wonder: Will I mind if it doesn't?

What made the experience of listening to Lady Annabelle's Abduction the most enjoyable?

Listening to this book, with its authentic English voice and country-house setting, I felt like I really was in Regency England.

The two main characters, Lady Annabelle and Hawk, start out far apart -- she's spoiled, he's angry. During their adventure together, both are changed, in very different ways, becoming less selfish and calculating, and more understanding toward other people.

From moment to moment the story switches from scary to suspenseful to sexy. It's also funny at times, like when the ambitious footman Hepton teams up with Lady Annabelle's pet spaniel to search for her, and when Lord and Lady Chatfield have panicky arguments in the drawing room, eavesdropped by Hepton's girlfriend.

It's a nice light read, put a smile on my face

What does Stevie Zimmerman bring to the story that you wouldn’t experience if you just read the book?