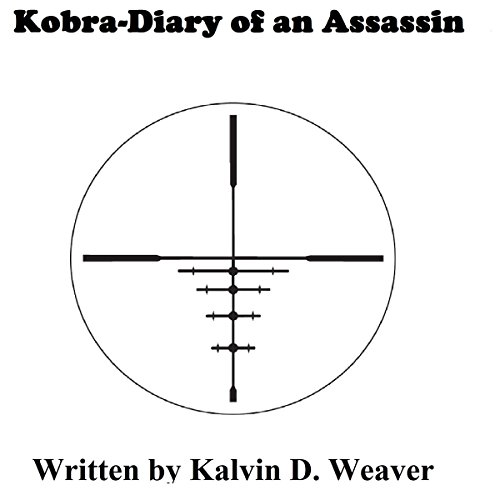 A strong young farm boy is asked to compete in the mile run in high school. He takes it upon himself to run great distances in order to achieve his goal of a gold medal at the state relays. During his sophomore year, mysterious men in dark suits approach him and his parents and ask him if he would like to attend voluntary military training. He accepts their proposal and is trained in hand-to-hand combat, knife-throwing and long distance shooting. Each day consists of running, shooting at a target, then running back from whence he came. His training lasts for two summers and is abruptly stopped which later he finds out is because of a shut-down due to political problems.

Several years later, this young man is summoned to work for his country. His life is not what he expected in either his career or his marriage. Looking for more out of life he accepts with the promise he may quit at any time. He is assigned his code name, Kobra.

His boss, code name Lion, sends Kobra off on many missions to rid the world of unsavory men, drug lords, troublesome political leaders or anyone that might change the world with negatively.

His main objective, "Run in, take the shot, run out".

Kobra maintains his deception by remaining married and keeping his career in computer programming. He is passed information on his missions from dead letter drops and phone calls. Even though his family doesn't know what he's doing, his relationship with his wife is deteriorating.

Due to his loveless marriage, he falls deeply in love with another agent, code name Lisa or Dragon. Lisa has loved Kobra ever since she met him years before. Kobra falls in love with her, a tall beautiful redhead, at first sight. As their love affair grows, their missions become more and more dangerous, spiraling them into a realm of espionage.

the sound effects merged nicely with the action. Hard to put down. Very good action adventure and love story.