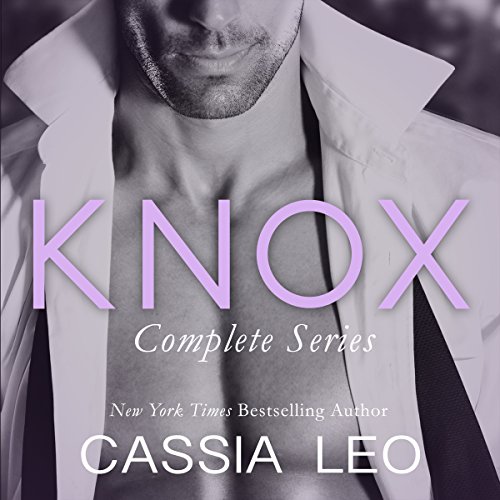 By: Cassia Leo
Narrated by: Kirsten Leigh,Ryan West
Try for $0.00

Rebecca hasn't seen or heard from her mob boss father in four years, but she's about to receive a message from him that will throw her life into chaos. Rebecca thought she left the crime family, and the painful memories, behind when she went into law enforcement. She never expected to be abducted by a sexy stranger. But when this stranger makes Rebecca an offer too tempting to refuse, she finds herself dragged into one of the most ruthless vendettas of the century.

Knox Savage is the searingly sexy CEO of Knox Security and a notorious playboy. What most don't know about Knox is that he loves helping high-profile criminals escape justice. He makes no judgments about guilt or innocence. And he doesn't do it for sentimental reasons. But he's about to take on a case that's going to get very personal.

What listeners say about Knox

The Epilogue Saved the Day

Yeah. There should have been more interactions between Knox and Rebecca before they have sex. It is not going to be wham, bang, thank you kind of deal. It is just weird when it happened. Then Knox kind of set August and Rebecca up to be together, and he knew they were sleeping together. He kind of shrug it off, yet he said he had loved her forever. That is why their falling into bed the first time they met again was just wrong.

If you’ve listened to books by Cassia Leo before, how does this one compare?

This is the first book by Cassia Leo I have listened to.

What does Kirsten Leigh and Ryan West bring to the story that you wouldn’t experience if you just read the book?

Nothing really stands out.

Strong believable relationship between the H and h.

The epilogue was done right. It showed Knox in a better light, make him more likeable.

After some disappointments, this is a new to me author I enjoyed a lot.

Story is a mix between dark and consensual but I liked it. Fast, sexy and engaging.

This book was interesting. It had many mentions of mafia and dominant love scenes. There is violence between men who want revenge and control. The story between the female and the lead man is unusual but good.

I loved this book. It was such a roller coaster ride. I was not disappointed. And OMG Knox what a man!!! Yummy!!!!

Awesome story!!!! This story captured me from beginning to end!! Rebecca and Knox are an amazing couple together so much passion!!!

Alpha male to the 10th power

Would you consider the audio edition of Knox to be better than the print version?

I never read the printed version, but knox was so Alpha male i just might need to see him scorch in writing :)

What other book might you compare Knox to and why?

Luke, Christian Grey, they were very similar, knew what they wanted and made sure they protected what was theirs even if it cost them their lives.