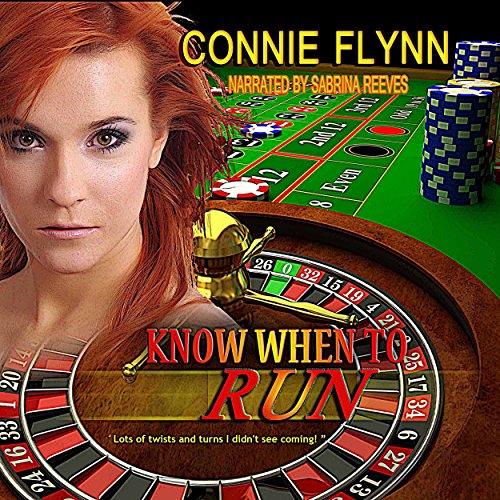 Know When to Run

Know When to Run

She woke up knowing she cheated death.

Imagine waking up one morning knowing nothing except you have a huge scar on your head, and its clear someone tried kill you. That's what happened to Ky Taylor. Lucky enough to fall into friendly hands, she is now a blackjack dealer on a Mississippi riverboat casino where's she's healed from her injuries.

But this day is different. A bounty hunter shows up and tells her she murdered her banker father and ran out on her bail. He's there to take her back, willing or unwilling.

But he isn't the only one who wants her because she hides a secret that they all want. Trouble is, it's buried among the lost memories of her entire life.

Soon the bounty hunter becomes her ally...and much more...in a chase that leads from the docks of St. Louis to a jailhouse in Indiana.

Did Ky Taylor kill her father? Lots of people say she did, and she's driven to learn the truth. But in order to survive she must trust no one and learn to know when to run.