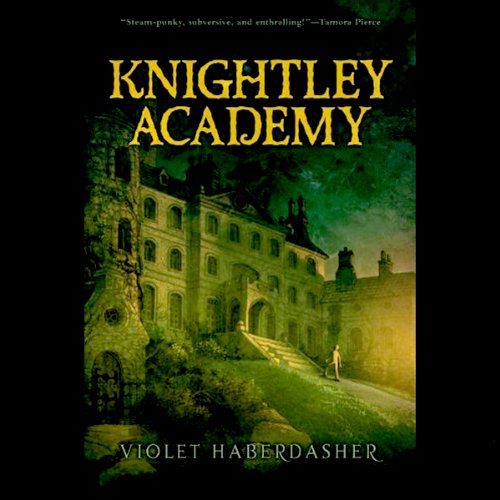 Henry Grim has never been in trouble for borrowing a sword from the headmasters private stores. He has never discovered a forbidden room in a foreign castle, or received a death threat over breakfast. All Henry knows is life as an orphaned servant boy at the Midsummer School, bullied by the privileged sons of aristocracy. But all that changes when Henry is the first commoner to pass the entrance exam for the prestigious Knightley Academy, where he will be trained as a modern-day knight alongside the cleverest and bravest fourteen-year-olds in the country.

Henry and his roommates, two other students from decidedly un-Knightley backgrounds, are not exactly greeted with open arms by their classmates. In fact, it soon becomes apparent that someone is going to great lengths to sabotage the trios chances at becoming knights. But Henry soon learns that there is more at stake than his future at Knightley, and only he can sound the alarm. Is anyone going to believe a former servant on the brink of expulsion?

Brimming with wry humor, page-turning suspense, and surprising twists, this first adventure in a memorable new series is sure to enthrall readers of all ages.

This story is for kids. Dont wast your credit on this. The story is so childish It makes me cringe just to finish this off. I guess I was hoping for intricate plots. The premise of an orphaned boy making it to knight school should have set the stage for a good fantasy. Alas, No. The boy acts like a spoiled kid too and there goes your underdog story out the window.

Where's the next one?

I am an adult and I enjoyed it. It was cute and fun. You don't have to be a child to read younger books, you just have to enjoy a good story and still have an imagination. But Audible where is the next installment?

Would you recommend Knightley Academy to your friends? Why or why not?

My daughter and I thought by the review that it sounded like a HP type story... We figured it was worth a try...I must say most audible books we listen to as a family we rather enjoy... unfortunately this one left us wanting more...Kind of predictable and a bit boring

A little slow to begin with, but a thoroughly good listen-very exciting towards the end!