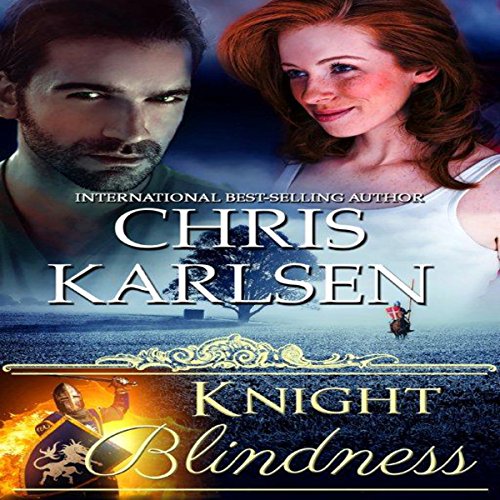 By: Chris Karlsen
Narrated by: James Burton
Try for $0.00

Given a choice between the pleasant life you knew centuries ago or the possibility of all you want in an uncertain new world, which would you choose? Two men torn through time find themselves in the modern but alien world. Old enemies, one hunting the other, one discovering love, both fighting private battles to survive.

Ready for battle, English knight Stephen Palmer charges into the French enemy's cavalry line. Heeding a warning given months before, he hesitates as he comes face-to-face with the knight in the warning. Struck down in the year 1356, he finds himself landing in the year 2013. Grievously wounded, he's taken to a nearby hospital. Confused by the new world surrounding him, he attempts to convince the staff he's from another time, only to find they think him mad. Rescued by friends, who, to his surprise, have also come through time, he must find a way to function in this odd modern England. He is quickly enchanted by the kind Esme Crippen, the young woman hired to tutor him. She too is enchanted by him. Tempted to deepen the relationship, she hesitates thinking him adorable, but mad. He must discover the means for getting her to believe the truth, all the while, unknown to him, he didn't come forward in time alone. The enemy knight has also traveled to 2013.

French noble Roger Marchand doesn't question why the English knight who charged him hesitated. That fraction of a pause gave him the advantage needed and he brought his sword down upon the Englishman's helmet hard, unhorsing the knight. He moved to finish the Englishman off when the world changed in a rush of sensations as he is ripped through time. Seeking a reason for the terrible event, he enters a nearby chapel. There, thinking God has chosen him for a quest to turn French defeat that day in 1356 to victory, he sets out to find the English knight. The man he is convinced holds the key to time.

What listeners say about Knight Blindness

I really enjoyed this third book in the Knights In Time series. Stephen Palmer and Roger Marchand are torn from their medieval world into a modern one. Chris Karlsen does a wonderful job weaving their stories and has us enthralled throughout. Stephen and Esme make a lovely couple and it was a joy listening to their relationship develop even while Stephen was adjusting to his new world and situation. He was such an admirable hero and I found myself really caring for him. James Burton does a nice job of narrating.