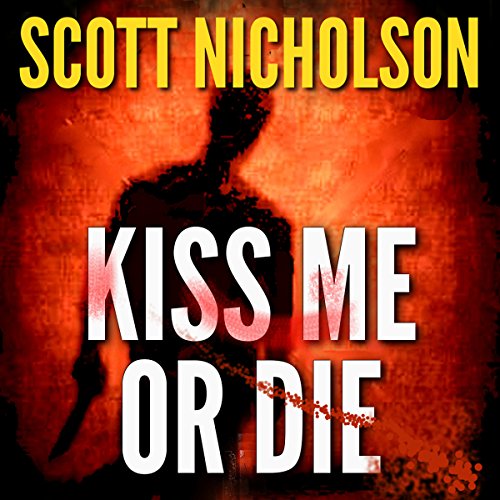 Kiss Me or Die

Kiss Me or Die

Richard's life is a horror story. And it's all the fault of those people inside his head.

Richard thinks he has them stereotyped for his autobiography, but he's about to get a new tenant: the Insider, a malevolent soul-hopping spirit that may or may not be born from Richard's nightmares and demands a co-writing credit and a little bit of foot-kissing worship.

Now Richard doesn't know which voice to trust. The book's been rejected 117 times. The people he loves keep turning up dead. And here comes the woman of his dreams.

Kiss Me or Die is a dark romantic thriller in the style of Chuck Palahniuk, Jeff Lindsay's Darkly Dreaming Dexter series, and Bret Easton Ellis.

Scott Nicholson is author of 15 other paranormal, mystery, and suspense thrillers, including the number-one Kindle best sellers Liquid Fear, Disintegration, The Red Church, and The Skull Ring. Learn more about Scott's work at Author Central.

This is the first book I listened to (on Audible) which made me think I could never be a writer on the same level as the author I was reading/hearing. A truly remarkable book. And, ironically, I began it with the thought that I would probably not like it, but I just had so many books in my library I needed to get rid of some. I will NOT be getting rid of this one. I need to read it again. And again. It should be studied in college lit classes.