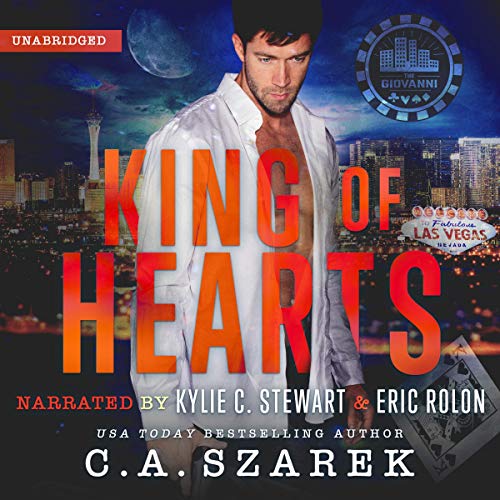 Nico “Gio” Giovanni has always been the black sheep, especially since he abandoned the family business - a lucrative casino on the Las Vegas strip - to become a cop. Now his dad is sick and his sister begs him to end their estrangement before it’s too late.

Chasing fugitives is what U.S. Marshal Madison Granger does best. She juggles single motherhood with her job, which sends her back to Sin City due to an unwanted relocation. Even worse, her current case lands her smack dab in the middle of the opulent Giovanni Casino - and ups her chances of running into her old flame.

Gio has enough on his plate; he doesn’t need the woman that got away messing in his family’s affairs. His father has never been involved with organized crime, no matter the gossip.

Maddie is petrified he’ll discover her secret. Gio won’t let his dad go down for something he didn’t do. When they take the gamble, the cards are laid on the table and all bets are off.

What listeners say about King of Hearts