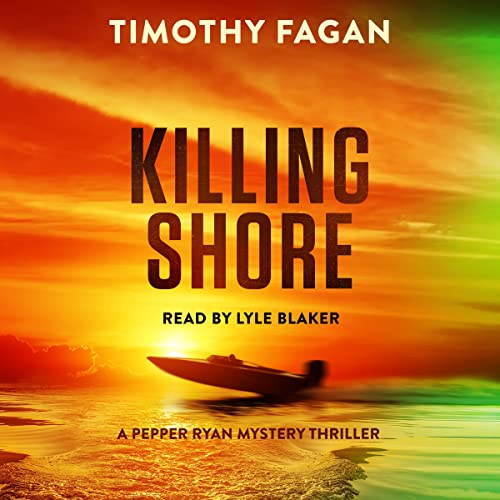 By: Timothy Fagan
Narrated by: Lyle Blaker
Try for $0.00

A dead Secret Service agent. A bizarre plot to kill the president. A cop with one chance to save his reputation...and his country.

Police Officer Pepper Ryan returns home to Cape Cod for his last shot at redemption. Dumb move? He can never measure up to the ghost of his brother who died a good cop. But when a Secret Service agent’s corpse shows up in a clambake pit with a note threatening the president’s life, Ryan sees his chance to erase the past and prevent the assassination....

Desperate to clear his name and protect the POTUS, Ryan confronts a tidal wave of trouble. Running afoul of mob hitmen, wacko anti-government groups, and a billionaire’s conniving daughter, he races to unravel the devious plot.

Can Ryan find the assassin before it’s too late, or are his future and the president's life doomed?

What listeners say about Killing Shore