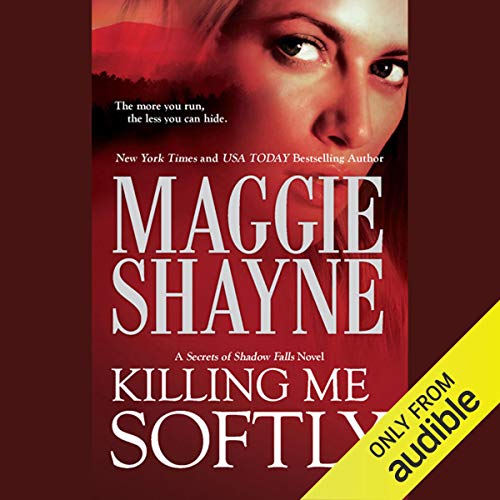 First you drink, then you DIE.

The Nightcap Strangler, who terrorized the town of Shadow Falls 16 years ago, has finally been executed. Case closed. Until Bryan Kendall’s lover is murdered in the notorious killer’s unique style, and the rookie cop stands accused. Has someone committed the perfect copycat crime…or was the wrong man put to death?

A continent away, Dawn Jones hears that her first love has been accused of murder and knows that only she can help him. But to do so, she’ll have to face the very fears that drove them apart.

Together they’ll work to uncover secrets someone’s willing to kill to keep, and renew a love as dangerous as it is inevitable. And their best lead is the girl found dead in Bryan’s bed, reeking of the whiskey poured down her throat before her killer squeezed it shut.

A killer who thinks that Dawn, too, could use one last drink….

The two main characters are more like teenagers and sadly lacking in depth. The first book of Maggie’s that I was not impressed by. I forced myself to finished as it was part of a series.

a little sophmoric but solid and engaging story

Killing Me Softly is a light murder mystery with some romance sprinkled in. Story is about a murderer who last murdered 16 years ago and appears to have started up again. The author seems "new" so language is a little dramatic at times and story is a little predictable, but the author has developed her characters nicely.
There's a fantastic sex scene. Story intriguing. Narrator decent although a little slow in speaking (I upped the narration speed).