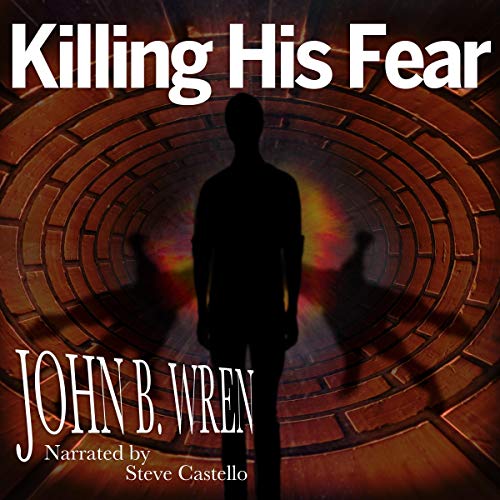 By: John B Wren
Narrated by: Steve Castello
Try for $0.00

The films of the '40s and early '50s depended on lighting and sounds to convey terror. They didn't have the advantage of color and computer graphics nor did they delve into the same level of gore and violence that we see today. Such was the world of Brandon, a young impressionable boy who watches a Frankenstein movie on television one night and begins a trek through life in an ever deepening spiral of FEAR of the grey men and shadowy characters of these early films.

Losing his father to a hit and run driver and his mother to her own mental hell, Brandon leaves home in suburban Detroit, seeking sanity in Florida. He arrives in Washington, DC and decides to earn a little money as a dishwasher before continuing his journey. He stays and eventually begins to see hope in his dark tunnel and a few life changing events begin to lift his spirits.

Killing His Fear takes place almost entirely in the District of Columbia. This is Wren's second book about a serial killer. It is a work of fiction, but the events are well within the realm of possibility. Brandon may be on a track to coming out of his hellish spiral, or he may be boring deeper into oblivion.

What listeners say about Killing His Fear

A captivating story read by a talented artist.
I will definitely listen to more offerings by Steve Castello