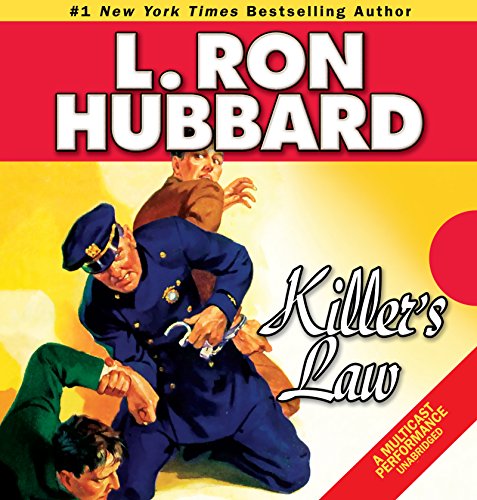 Sheriff Kyle of Deadeye, Nevada, is headed east to the nation’s capital. Kyle’s about to discover that the law can be even wilder in the big city than in the Wild West. It’s a fact that hits home when he’s the one accused...of murder.

Kyle’s come to the city to give a report to his senator on the misdeeds of Nevada’s filthy rich copper kings. But before he has a chance, he’s knocked unconscious, later coming to alongside his senator - now dead, with Kyle’s knife embedded in the corpse.

Welcome to Washington D.C., where corruption, intrigue and murder are all in a day’s work. Kyle’s got no alibi, no memory, and apparently doesn’t have a prayer...unless he can find a way to outwit, outfox and outmaneuver the masters of deception and double-crosses.

Also includes the mysteries “They Killed Him Dead”, in which a respected homicide detective solves a murder several times over, only to be proved wrong again and again, to the amusement of his fellow cops; “Mad Dog Murder", the story of a patrol officer who dreams of joining the homicide squad, and finds that the ticket to advancement - and romance - may be a Pekinese dog; and “The Blow Torch Murders”, in which every criminal in town is eager to turn himself in...and the reason is a real killer.

Ominous footsteps, hard-hitting fists, and the flash of gunfire all come at you fast and furious as the audio version of Killer’s Law delivers a capital mystery.

“Listeners will have a genuine sense that they are back in the Golden Age of radio.” (The Strand Magazine)

What listeners say about Killer's Law