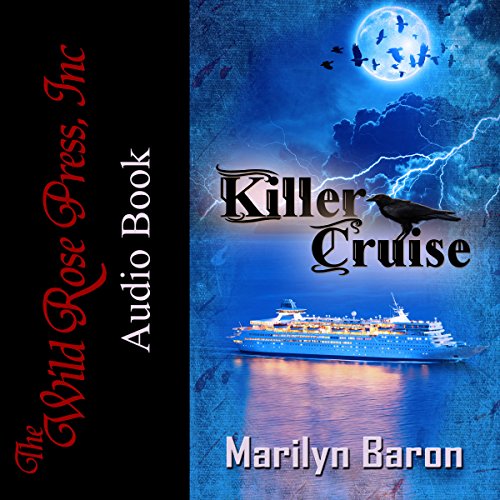 By: Marilyn Baron
Narrated by: Phoenix Emrys
Try for $0.00

The psychic detective team of Crystal & Hale, former Atlanta police detective Jack Hale and his bride “Crystal Ball Kate”, is on a two-week transatlantic cruise. They are called in to investigate the threat to a high-profile European Union banking conference aboard ship and to calm the fears of the superstitious crew, who thinks the ship is cursed. Before long, they realize they also need to catch an art thief and find a murderer.

Assisting them, posing as husband and wife at Kate and Jack’s insistence, are Juliette Spencer, Kate’s mother, and Graysville Police Chief Will Bradley, a debonair widower.

Juliette just wants to enjoy the cruise and her daughter’s company, but given Chief Bradley’s unrelenting amorous advances in close quarters, she may have to either jump ship or throw him overboard.

What listeners say about Killer Cruise