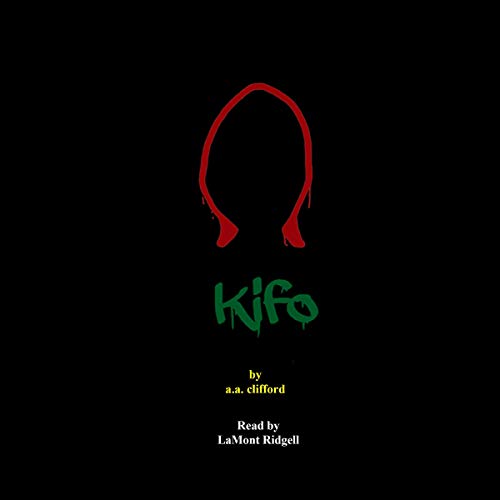 An assassin with awesome power... A motive of terrifying reality. A killer seeks retribution for the unarmed victims of police shootings. He leaves no forensic evidence of any kind at the crime scene, just the unearthly sound of his weapon, the body of the victim - and its vaporized head.

Jamal Weathers is a Black FBI agent and one of the bureau’s top behavioral experts. He has followed the suspect across three states, trying to stop the assassin’s next attack. When Jamal discovers that all of the slain cops bear the names of Black victims of police shootings, it is clear that the killer is a vigilante dedicated to revenge. And in the inner cities, the killer’s sigil appears with his name “Kifo”, the Swahili word for death. In the thick of the case, Jamal comes to a startling, but inescapable conclusion: the murderer is either not of our time - or not of this world.

Kifo is classic science-fiction thriller and modern allegory. It is A.A. Clifford at his most devilishly provocative. A.A. Clifford is the author of the SexLife series and the novels 4 and 5 in the forthcoming Numbers Trilogy.

What listeners say about Kifo

A SCI Fi Thriller that is very close to FACTS!

Starts out slowly, building the story beginning with recent history and the life of an FBI special agent Jamal. He is on special assignment when disaster turns his life upside down. Reminiscent of the Spook Who Sat By The Door by Sam Greenlee, taken to an entirely new level with modern technology.