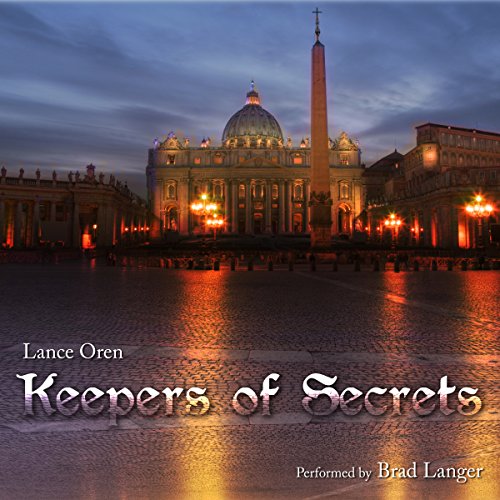 Keepers of Secrets is a science fiction thriller with a touch of religious overtones. The intense plot surrounds the Vatican in Rome, a religious order with centuries of dark secrets hidden within their archives and vaults, hidden from many inquiring minds, searching for answers and truth. The Vatican's iron rule to preserve Christianity at all costs through alliances with questionable governments, political leaders, and hidden agendas is suddenly exposed by the accidental death of an important member of their clergy.

Father Raymie is killed in a tragic accident but manages to whisper a secret from his dying lips to an American Official in Rome. Rusty Miller, a detective, is now is tragically responsible for the death of Father Raymie, or is he? The secret begins to blossom as an autopsy on Father Raymie exposes startling and disturbing questions transpiring within Vatican City and alliances with world-famous characters such as Ford, Tesla, Edison and Wernher von Braun. A ring of truth is woven within the storyline creating a feast for the imagination and leaving you breathless for more.

As Rusty explores each new lead outside of the Vatican walls, the plot twists and turns in new directions, each leading to another mystery. The Vatican will use all its resources to keep the secret from the detective and the public, which forces Rusty to create his own alliances with colorful characters; Lorenzo Nicolo, a young medical student with an inquisitive mind and a lust for adventure; and Anita, an extremely beautiful woman who has inside connections to the Vatican and its Archives. Together, they uncover a Vatican secret that changes history as we know it. A secret that opens our eyes to blind ignorance, a different perspective on Christianity and an insight of the Keepers of Secrets.