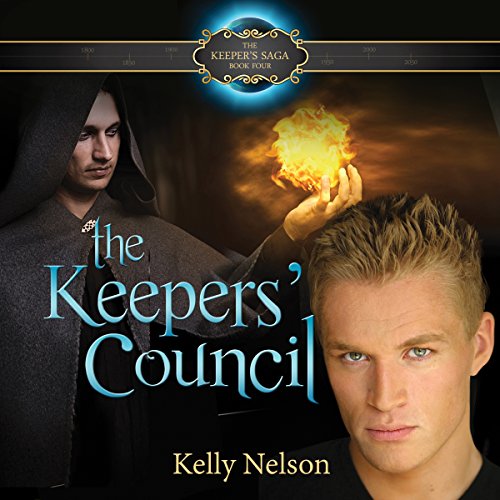 By: Kelly Nelson
Narrated by: James Simenc
Try for $0.00

Chase Harper leaves for college, expecting to lead a normal life. But when he is yanked back to Algonia as the Keepers Council reconvenes, he realizes an ordinary life may never be part of his future. The king is now demanding more from the Keepers than mere secrecy.

Garrick, on the other hand, can barely contain his excitement. He hasn't been able to banish a certain auburn-haired maiden from his thoughts, and the moment his feet touch Algonian soil, he plots a way to find her. But what he finds is not at all what he expected.

The countries of Algonia and Shuyle may have a truce in their long-standing feud, but political intrigue brews beneath the façade of peace. Lord Dolosus, heir to the Shuylian throne, has gone into hiding, and rumor has it he now plots rebellion, threatening the fragile armistice. So when Chase's nemesis Legard appears in Algonia and tries to broker an alliance, the Keepers doubt his motives. Could Legard have changed his ways, or is his proposition another ploy to steal their counters and facilitate the rebellion?

What listeners say about Keepers' Council

I have been reading these books for a long time now and I was finally able to get the last one! This series is amazing and have enjoyed it from teenage years to now. It is based in Hillsboro Oregon which is only 20 min. from where I was born and raised so it has always been relateable in the sense of where and when it takes place. It is a great twist on reality and super enjoyable read/listen.