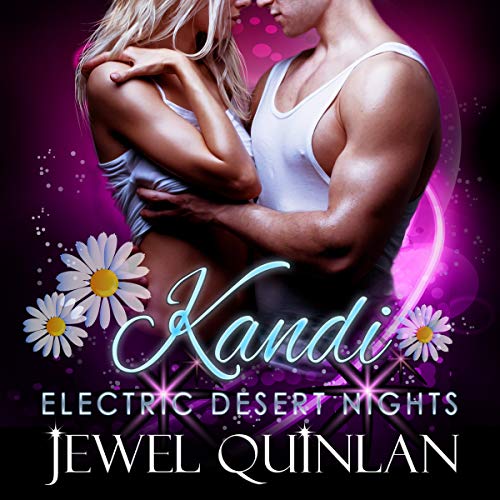 Mya goes to Electric Daisy Carnival with her friends hoping not only to have the time of her life but also to take her mind of off her problems. A gnawing hunger has plagued her for months. But even though she eats, she’s growing dangerously thin, and the doctors can’t figure out what’s wrong with her.

While at the carnival, she runs into Somer who tells her he’s an incubus and that she’s paranormal as well. Mya doesn’t believe him, of course. But then when he kisses her, she feels an enticing heat curl deep within her and something else that makes her change her mind. Could Somer hold the key to making her well?

What listeners say about Kandi

I really enjoyed this book, it was a lot of fun. I enjoyed the characters and I lived vicariously through them. They were in Vegas at an EDM concert with ghosts and vampires. And there was a lot of fun, flirting and mischief. It kinda reminded me of myself about ten years ago which was maybe why I enjoyed it so much.

I found this book very strange and confusing and was not able to get into it at all. Maybe I will try at a later date.

Jewel Quinlan did a good job with the narration. I received this free copy audiobook at my request and have voluntarily left this review.

I am still loving the story of this festival and the friends attending. Mya and Somer were a sexy couple and all that comes with their natures of being. I can't get enough of the story I bought the next one and now on to it. Jewel Quinlan continues to write a great story and still killing it with the narration! Highly recommend this series

A different type of pickup.

Mai's hunger problems were not to do with food, but rather her true nature. Somer, luckily was able to recognize and rectify the situation, without her causing harm to any one.
It's a first sexual encounter for Mai, but it's made so much better for her by Somer's tender touch.

An interesting short paranormal tale. I jumped into this book without having listened to the first, but it didn’t detract from the story. There was a bit of steaminess.

Jewel Quinlan did a great job of packing a lot into this short story. Her narration was well done too.

I received this book for free for a honest review. the only thing about this book that i didn't like, was that it c was to short. the story line was good and held together. the characters were likable and were brought to life. reccomend

Candy there are so many varieties

An interesting listen thinking I should of started with book 1 as some of the content I was uncertain of -
Entering a world of ghosts, incubus’ and Succubus’ the energy exchange made a lot of sense as this short story developed

Would love to see other reviews and people’s thoughts 😂

This is a short read and it has a great steamy scene in it but for the most part I was confused on who was who and what was actually going on. Not sure if it's because I didn't read book 1 (which would probably help) or just couldn't follow along. So while I liked the story line, I just spent to much time going huh? to give it 5 stars.