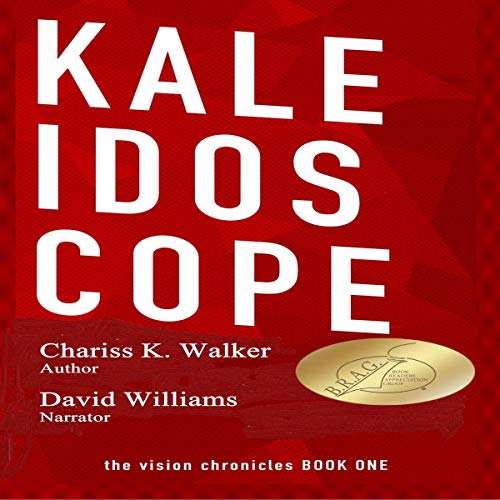 By: Chariss K. Walker
Narrated by: David Williams
Try for $0.00

A man with a secret that he doesn't want to share.

Michael James Lewis, a 44-year-old geophysicist, lives a life most would envy. Handsome, well-paid, and well-traveled, what could be the problem?

First, he can't tell anyone about his psychic ability. He can't admit that he can see horrifying visions of disturbing future disasters through a kaleidoscope.

Second, someone has been watching him for a very long time, but now, they have aggressively attempted to abduct Mike.

The Vision Chronicles, a nine-book thriller series, is best listened to in order. The series is a slice-of-life metaphysical/visionary story that details Mike's changing ability and his survival from the hired thugs who doggedly pursue him.

"A cliff-hanger from the start, this book is a great beginning to a suspenseful series.” (Benedict Stuart, author of The Proximity of Stars)

If you love mind-boggling suspense with a dash of paranormal and a touch of romance, this is the thriller series for you.

Scroll up and grab Kaleidoscope today!

What listeners say about Kaleidoscope

A Company Wants A Man For His Pre-Cog Powers

I enjoyed this paranormal thriller about a man whose live and friends are threatened because he has precognitive powers that allow him to catch glimpses of the future. It's full of twists and turns and plenty of action although it is book one of a series so it does leave you on a bit of a cliff-hanger.
Still, a rewarding read.

Absolutely intriguing. First for me by this author. Michael has Psychic abilities that he has to keep secret. The narrator brings you into the story and keeps you there until the end.

Chariss Walker has written a suspenseful story about a geophysicist named Michael James Lewis who has the ability to see events that happen in the future. When this ability manifested, Mike kept it a secret. When someone tries to abduct him, Mike realizes that his secret is known to someone other than himself and he needs to take steps to protect himself from whomever that person is. I really like that Chariss has written a character that has to go through steps to learn to defend himself and that the character doesn't just automatically have that ability. I like that Mike isn't sure who to trust and that sometimes his decisions are not always wise. The book does end on a cliffhanger and I'm looking forward to the next book in the series. I enjoyed this book and recommend it to others who enjoy this genre. David Williams' narration is good and adds to the entertainment of the book. I was given a free copy of the audiobook and I have voluntarily left this review.

I was given this free review copy audiobook at my request, and have voluntarily left this review. Fast paced and really enjoyable. Michael needs to change something in his life. His visions are becoming harder and harder to deal with. So he trusts his college friend with his secret and that very day his life starts to spiral out of his control and his fears become facts. Great characters and an intriguing plot will keep you listening to the very end. I listened to it in one sitting. Looking forward to book 2.

The first in the Vision Series

I loved this book! You may think it's a typical thriller mystery, with a predictable plot but...NO!
Michael is literally the most unassuming guy, he's just trying to live a mostly private life in order to protect a supernatural secret he posses. After 15 years of hiding this secret, he decides he wants to confide in his good friend from the college days; who is now a psychologist, about his ability. This encounter starts a sh*tstorm of incidents that draw the most unlikely characters into the story...
The ending is a cliffhanger that left no doubt as to how the second book turns out, and I can't wait!!

Mike is a happy-go-lucky type of guy with a high-paying job as a geophysicist, he travels everywhere, is personable, gorgeous, and carries with him everywhere a deadly secret. This secret gives him a nightmarish ability to see frightening futures in a Kaleidoscope manner. Unable to figure out his gift and what he can do with it, he is now he is being hunted for it. These unseen people will stop at nothing to get the knowledge he has and if they get it, it will be deadly for someone. Now his five college friends and an FBI agent are involved.

Chariss Walker, the author, has taken her time to build her characters and the storyline. Walker’s intriguing plot has been carefully woven into a mesmerizing and edge of your chair thriller. The story moves slowly at first but only so that the listener can grasp the situation fully. Once Walker accomplishes this, the gloves are off and the action is non-stop. This is not only well written, but the dialog is solid and realistic. There is the ending, which is a cliffhanger, (Walker warned me about it) but to be honest, I think it was perfect! She handled the cliffhanger in such a way that it made me want to hear the next one. Her talent at weaving the story and leading up to the ending was well executed. The plot twists were unexpected!

The narrator, David Williams was superb. He gave each character a voice making them unique, and he spoke with confidence and with a rhythm that kept the story flowing well. He spoke clearly and with enthusiasm. I enjoyed listening to him tell the story.

I have always enjoyed paranormal stories, and this is one I enjoyed immensely. I look forward to the next in the series.

I believe that the best books are the ones that grip you from the first paragraph. In this case, that was true. I loved this book. As soon as I knew it was about psychics, I knew I needed to get this book and to read it. Or in this case, listen to it.

There was fantastic character development throughout this book. I wasn't sure if I liked the main character at first but as the story progressed, I really got invested in the story and the happenings. I liked the narration. It was not the best but it wasn't bad at all. I felt as though some parts could have been better but they were very few and far between

The narrator tried his best with this story but although the initial idea was promising it reads as if a wannabe is sitting in a closed room with ridiculous imaginings of what a female should be and how butch a man should be. Dreadful stereotypes

loved everything about this audible!

The single best audible I've listed to this year
What happens when you have the ability to see into the future, and, someone very powerful wants that ability from you? You get a story filled with action, deceit and death. This is a must read for the year!!

The narration was excellent. Voices were perfect for the characters.

I received a free copy of this audible, I'm thrilled to be able to provide my review.

The only problem I have with this book, it was over too soon. From the very beginning, you are on the edge of your seat! It is an almost nonstop action packed ride! Secrets, betrayal, suspicious activity, excitement, these are just a few things you experience in this book! For the most part, Michael is a normal man. However, there is one aspect about him that is quite abnormal. Michael has an ability that gives him an edge in life. One major issue, others want to use his ability in the most heinous manner! His life, and those around him, or on the line. When you get to the end of this book, you will desperately seek out the next book in the series. The author does an excellent job of leaving us with a major cliffhanger!

A gift or curse? either way a great listen

I enjoyed this book. I have listened to this authors series Becky Tibbs a Medium's Mystery Series and enjoyed all three books so thought I would give her other series ago (The Vision Chronicles). Although very different from the Medium series, this book is more grown up and more focussed on character development, I still enjoyed it. The story did seem to have a very sudden ending but I think that is because it is set to continue in the next book, which I am looking forward to. I liked the way the story developed and you had the mystery of who the main character should be trusting. The sy-fi element to the story was interesting and slowly drags you into the story so before you know it you are hooked and staying up well last your bedtime, just to find out what is going to happen. I wouldn't say it is action packed but Mike has to learn to fight as well as relearn what Kaleidoscope could mean for him.
Mike can't close his eyes unless he wants to see natural disasters play out in front of his eyes and for years he has been trying to hide from it with drink or exhaustion. But fed up with his meaningless life were he can't get close to anyone for fear of them finding out his secret he turns to a friend who is a psychologist, rather than get him committed his friend encourages him to keep a journal of the event. By doing so Mike sets in motion something that will change his life for ever. People are watching him and have been for years, waiting for just this moment, the moment he wakes up and starts to use his powers to tell the future. Will having the ability to see the future help him decide who he should trust? because his life has just got a whole dangerous.
I liked the narrator and thought his laid back style helped to drag you into the story.
I was given this free review copy audiobook at my request and have voluntarily left this review.