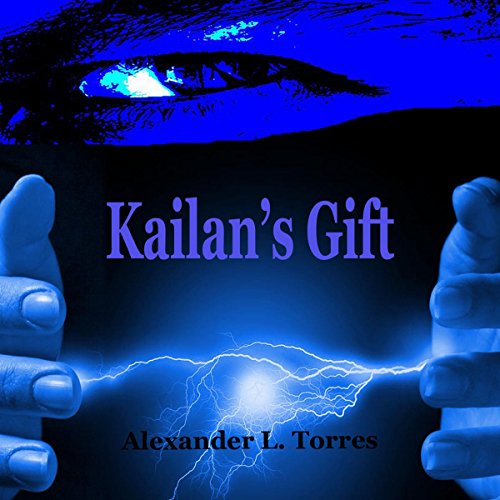 By: Alexander L. Torres
Narrated by: Alan Burton
Try for $0.00

Set against a world on the verge of war, 16-year-old Aydan receives an unexpected gift from his deceased mother. The gift stirs a longing in him to learn more about her, and he decides to travel to her distant homeland. But as he prepares to leave his home, he is pressed into military service by his king.

Aydan's hunting prowess makes him critical in the king's quest to rid his realm of assassins and thieves in the surrounding forests. As he progresses in his military training, Aydan unexpectedly and secretly transforms from a hunter to the most important element in the war to come.

His transformation takes him to lands he only dreamed of, where he meets strange, wonderful, and at times terrifying beings. Along the way, the war on his peaceful realm has begun. Darkness comes to his homeland as his family and friends are taken into slavery.

With the help of a new friend, Aydan searches for the one person that can put an end to the war on his realm. Once found, Aydan is forced to face a true evil from a past he never knew existed.

What listeners say about Kailan's Gift

If you could sum up Kailan's Gift in three words, what would they be?

Not surprising. The ending needs a sequel.

Get a better narrator. This one's voice is depressing, Like listening thru a hollow tube in a haunted house.

No. Took me to buy a kindle book before it piqued my interest again.

This is your typical fantasy novel about a boy of humble beginnings with a family secret. Now when his land is in danger of invaders he learns of this secret and develops a magical capability which helps him and his friends battle that evil wizard and partially free his land of this evil. I said partially because the invading army isnt defeated yet and he still has to harness his magical powers. Like I said, Typical. If you like these kind of plots then go and read this as I am curious to know what is in store on the next book. But, am gonna buy it in kindle next time if it's going to be same narrator because this narrator is bad to listen to.