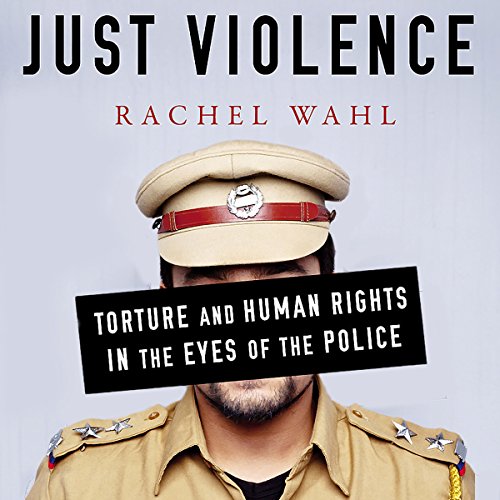 By: Rachel Wahl
Narrated by: Colleen Patrick
Try for $0.00

Police who engage in torture are condemned by human rights activists, the media, and people across the world who shudder at their brutality. Stark revelations about torture by American forces at places like Guantanamo Bay have stoked a fascination with torture and debates about human rights. Yet despite this interest, the public knows little about the officers who actually commit such violence. Just Violence reveals the moral perspective of perpetrators and how they respond to human rights efforts.

Through interviews with law enforcers in India, Rachel Wahl uncovers the beliefs that motivate officers who use and support torture, and how these beliefs shape their responses to international human rights norms. Although on the surface Indian officers' subversion of human rights may seem to be a case of "local culture" resisting global norms, officers see human rights as in keeping with their religious and cultural traditions, and view Western countries as the primary human rights violators.

However, the police do not condemn the United States for violations; on the contrary, for Indian police, Guantanamo Bay justifies torture in New Delhi. This book follows the attempts of human rights workers to both persuade and coerce officers into compliance. As Wahl explains, current human rights strategies can undermine each other, leaving the movement with complex dilemmas regarding whether to work with or against perpetrators.

What listeners say about Just Violence