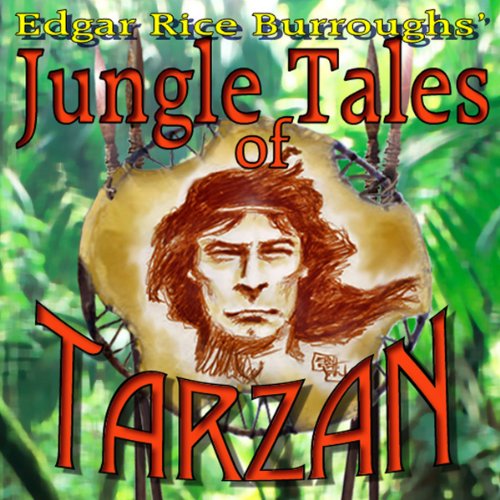 By: Edgar Rice Burroughs
Narrated by: David Stifel
Try for $0.00

The Jungle Tales of Tarzan, book six of the Tarzan series, consists of 12 short stories loosely connected to each other, although each one can stand on its own. They fill in many details of Tarzan's youth and adolescence in the jungle, while still living with the tribe of great apes that reared him. Mr. Burroughs, much like Gene Roddenberry half a century later, was able to make very trenchant comments on our life and society by setting his stories outside our normal recognizable world. By returning to Tarzan's roots in the jungle, far from any civilized influences such as white Europeans, Ed was able to make startling comments about life. Among Ed's targets in this book are "civilization and its discontents", the nature of humankind, and one of his perennial favorites, religion. By substituting bizarre witch doctors for vested priests, Ed said things that no self-respecting early-20th-century pop writer could get away with had he attacked the church of the day head on.

The Jungle Tales talk of religion, the nature of reality, honor, courage, love - and all the time keep the listener intrigued by Burroughs' wonderful gift for spinning a heck of a yarn. Enjoy!

What listeners say about Jungle Tales of Tarzan