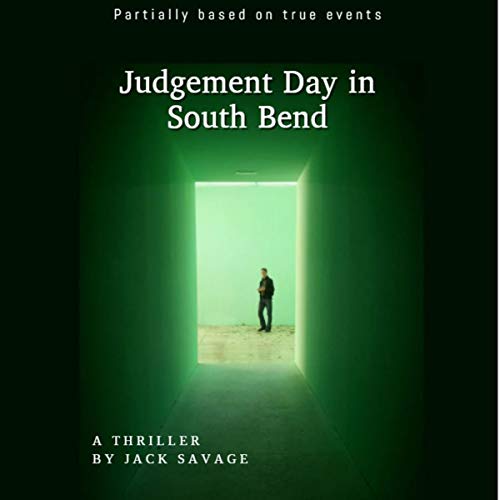 By: Jack Savage,Scott Kehiaian
Narrated by: Rick Barr
Try for $0.00

In March 2012, a serial killer provokes terror in South Bend, Indiana, near the University of Notre Dame. The notorious FBI agent Jack Savage is hunting the serial killer, desperately trying to stop another brutal murder in the town where he "Woke up the Echoes" and led the fighting Irish to a national championship in 1977. The serial killer brutally tortures his victims while always keeping one heart-pounding step ahead of law enforcement.

As the frantic race comes toward a conclusion, Agent Jack Savage finds himself in the toughest case of his life and maybe his last case with the Federal Bureau of Investigation. In the pursuit of the killer, Jack Savage uses his primitive instincts for solving these hideous crimes.

What listeners say about Judgement Day in South Bend

The opening scene of this book was fabulous, a five-star for sure. Unfortunately, it fell from there. In thinking back to why my opinion dropped, I decided it was because the scenes after that lacked enough detail to draw me into them. The scenes seemed rushed with large lapses of time between them where nothing happened. It would seem logical that the characters would become frustrated with the lack of progress in the case, but I didn’t get that feeling. The book is only 4 hours long, which is fine for a short story, but never seems as engaging. I felt this story easily could have stayed a five-star with more attention to the scenes. It’s still a great story and the characters are interesting. The author skillfully throws in a twist at the end that I had no idea was coming. The narrator has a strong, professional voice and did a great job. I enjoyed both the story and narration and wouldn’t hesitate to listen to book 2.

I could not stop listening to this audiobook. The twists and turns were keeping me hooked and I just had to know what happened next. The twist(s) at the end had my emotions on edge and the final one left me speechless. A great story!