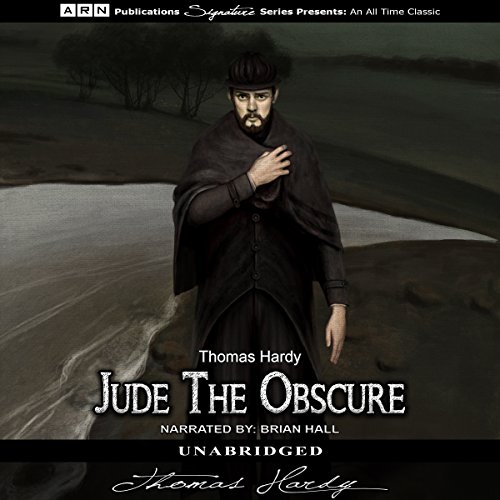 By: Thomas Hardy
Narrated by: Brian Hall
Try for $0.00

One of Jude Fawley's ambitions in life is a university education, but his dreams come crashing down around him when he is forced into marriage with Arabella. The marriage doesn't last long before his new bride abandons him for a different life.

Left with nothing more than his broken dreams, Jude moves to the city of Christminster, where he finds work as a stonemason. Here, he falls in love with Sue Bridehead, a woman of modern thinking. The two thwart convention and decide to live together instead of marrying; this results in the two of them being shunned by society. Eventually, their lack of convention sends them spiraling into poverty.

Jude the Obscure was Thomas Hardy's last novel. When first published, it was considered highly controversial due to its focus on an unconventional relationship and disregard for the rules of society.

What listeners say about Jude the Obscure

The book was horrible. The performance was good. I really don't reccomend that you read it.

Although Brian Hall has a pleasant enough voice, the poor quality of narration completely spoilt my enjoyment of this book. The voices of the characters are all given with the same idiotic-sounding west country accent and are frequently mixed up - with the deeper tones of Jude cutting into lines that should have been spoken by female characters. Young women supposed to sound playful and seductive sound like whining old hags. Equally annoying is the frequent lack of correct intonation at the ends of sentences. By the middle of the book I couldn't wait for it to end, though I was nevertheless enjoying the story.
Listen to Jude the Obscure, but listen to a different version of it, read by some other narrator.

An powerful and moving story, very easy to follow and enjoy and beautifully read. 100% recommend