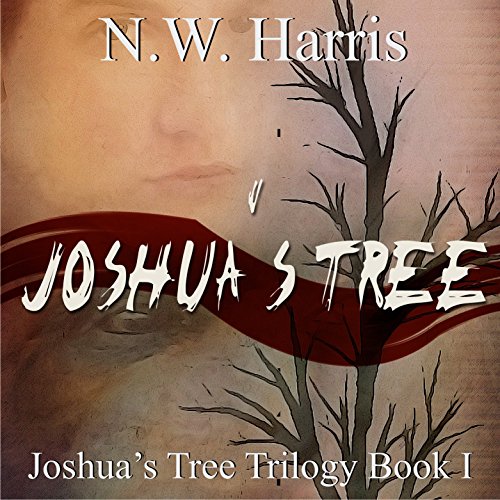 By: N.W. Harris
Narrated by: Joshua Bennington
Try for $0.00

When a skateboarding accident hurls 17-year-old Joshua Tyler into a dismal future overrun by flesh-eating mutants, he taps into the strength and courage hidden within him and manages to stay alive, only to discover his horrifying relationship to the scientific genius who brought all life on Earth to the brink of annihilation.

Aided by Nadia, a beautiful warrior student who believes he may be the prophesized savior sent to rescue her people, Josh learns to fight for survival. Terrified by the constant threat of a violent death, Josh wants nothing more than to get back to his own life. But the longer he survives in this strange place, the more he learns about its creation. Charged with the job of assassinating the enemy's leader, Josh begins to uncover his connection to the army of cannibalistic monsters-a nightmarish truth that could prevent him from ever finding his way home.

What listeners say about Joshua's Tree

How the two main characters made the story work.

Have you listened to any of Joshua Bennington’s other performances before? How does this one compare?

I first listened to Mr. Bennington's work on Adjuster Stories and it was a very interesting to hear him make the insurance claim stories come to life. I then listened to Boating: A Life's Journey which kept my interest all the way. He has a great voice and knows how to make a book and the characters come to life. I am looking forward to his next release.

I expect this book has a companion one on the way to us and I will be able to spend a few more hours enjoying Joshua Bennington continuing the story.

Teen skate-boarder goes for the ride of his life

"Azul" the Ceradel was it a cat with a horn? That only grazed like a cow but could run alday!

What other book might you compare Joshua's Tree to and why?

Back to the future. Luke gets to see himself as an old man.

, I liked the reading. His narrator voice was just right as a story teller, it gave a nice background. Not too emotional The voice changes when he does a character's dialogue to an emotional.one and that gives more feeling to the story.

Makes you think what science will do for us in the future.

This book ended in mid air. I would like to see a second book that finishes the story.

Boy meets himself in the future

What made the experience of listening to Joshua's Tree the most enjoyable?

I love audio books! This one kept me awake and I had a hard time turning it off. Very enjoyable.

The brutality or the threat to destroy the main characters in almost every scene.

It was a sad story with a lot of action as the hero comes of age.

I would like to recommend the book because I feel that it contained a good message for us all. I felt that the narrator brought many of the characters to life and added greatly to the story

RIGHT OF PASSAGE IN THE FUTURE BOOK

I have recommended the book to some of my friends, it was entertaining

What was one of the most memorable moments of Joshua's Tree?

When Josh meets himself

Josh as performed by Josh

DO WE HAVE A SAD FURURE?

I liked the book and the narration. Easy to listen to.

Where does Joshua's Tree rank among all the audiobooks you’ve listened to so far?

This audio book is one of the better books I have listened to, mainly because of the narrator

I liked the voice of Nadia

Yes, it was hard to turn off when my trip was over

ROMANCE OF THE FUTURE

NADIA, MY KIND IF GIRL, MADE ME ENVIOUS

science fiction with a kick-ass heroine

i have recommended this book to some of my friends all ready, i enjoyed it very much

What was one of the most memorable moments of Joshua's Tree?

every time nadia saves the day with her sword

i commute and enjoy listening to audio book while driving, this was one book i did not want to turn off!

Teen battles good and evil in the future

I have already listened to Joshua's Tree twice. I liked to hear the narrator

I think Joshua Bennington turned out a great performance when he did this book and I like just hearing him, I will be looking for more of his books.

Very entertaining with a lot of humor and much violence but still a story of our futures or lack of a future. This book needs another book for an ending.

A BOYS SEARCH FOR HIMSELF

I liked all of the un-naturally born creatures in the book.

The story moves a long at a good clip but comes an abrupt halt at the end. There should be more to the book.

The book tells of the earth's future and although it is a science fantasy it could still take place if not like in this book but something like it.

Great book, it was hard to turn the book off. I just wanted to find out what was going to happen next.

YOUNG MAN TRAVELS TO THE FUTURE TO SAVE MANKIND

Yes, we have already heard it a few times. My nieces have found the book very entertaining.

What other book might you compare Joshua's Tree to and why?