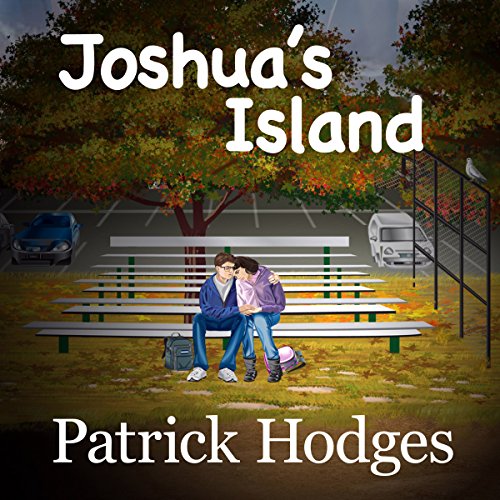 By: Patrick Hodges
Narrated by: Michael Yurchak,Carrie Goodwiler
Free with a 30-day trial

Winner of the Readers Favorite Book Award for 2015 in the category of Young Adult/Social Issues as well as the Stargazer Literary Prize.

Joshua is the smallest boy in his class. He has been bullied relentlessly for years, and false rumors spread around his school have made him an outcast. Eve is a pretty girl who has just achieved her dream of joining the popular girls' clique. The two couldn't be more different.

As the two begin their final year of middle school, their lives intersect when they are paired together as lab partners in science class. At first reluctant to even be around him, Eve soon discovers hidden truths about not only Joshua but their school that turn her world upside down.

great heart warming story with amazing characters. All of the heros are well thought out and easy to relate to. Highly recommend!

Just as good as the ebook

Would you consider the audio edition of Joshua's Island: Revised Edition to be better than the print version?

Yes. I loved hearing Joshua and Eve come to life.

Everything. From the first time I read it, I knew it was an important book. Bullying is a subject that too many kids are all too familiar with. Mr Hodges takes this important subject in his capable hands and leaves us with a story we won't soon forget. A story about standing up to injustice and remaining strong in the face of one problems. And also that when everything seems so bad, good things can still happen.

What about Michael Yurchak and Carrie Goodwiler ’s performance did you like?

Their voices were great for Joshua and Eve. It's hard in YA audiobooks because teens aren't recording voices, but they did a good job sounding the right age.

So much of it is cry worthy, but at the end it leaves you with a smile on your face.