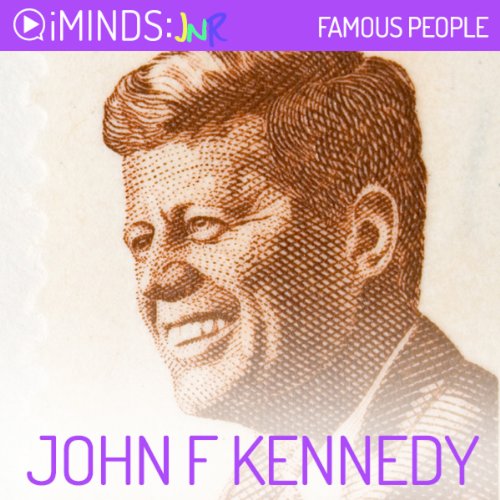 By: iMinds
Narrated by: Leah Vandenburg

Learn about the life and times of John F. Kennedy with iMindsJNR audio learning series for younger minds.

John Fitzgerald Kennedy, or JFK, was President of the United States of America from 1961 to 1963. From his unlikely rise to power at the age of forty-three to his dramatic death at the hand of an assassin, his presidency marked a transformative and tumultuous period in American history.

Kennedy was America’s first Catholic President. Historically, Catholics suffered considerable prejudice, but Kennedy had been brought up amongst influence and money. His father was a highly successful financier who became US ambassador to Great Britain. He strongly encouraged his nine children to contribute to society.