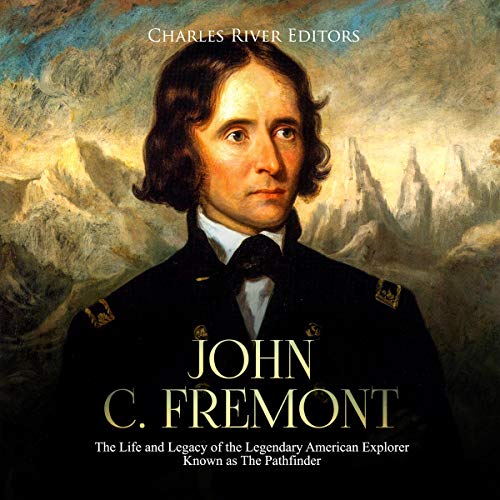 The exploration of the American West, beginning with Lewis and Clark’s transcontinental trek at the behest of President Thomas Jefferson, was not accomplished by standing armies, the era’s new steam train technology, or by way of land grabs. These came later, but not until pathways known only to a few of the land’s indigenous people were discovered, carved out, and charted in an area stretching from the eastern Rocky Mountains to the Pacific Ocean, and the present-day borders of Mexico and Canada. Even the great survey parties, such as Colonel William Powell’s exploration of the Colorado River, came decades later. The first views of the West’s enormity by white Americans were seen by individuals of an entirely different personality, in an era that could only exist apart from its home civilization.

Naturally, the West was an endless source of fascination for those who were either personally or circumstantially ill-suited to travel there. As explorers opened trails and people expanded the frontier, unusual walks of life like cattle drives, and hunting became commonplace, as did images of dusty boomtowns. Before the Transcontinental Railroad connected the Atlantic and Pacific, the West possessed a distinctly separate culture from the East Coast, and cowboys, early settlers, and an enormous array of indigenous peoples produced a hybrid culture that seemed doomed to disappear as a result of the inevitable modernization.

Of all the Americans who became renowned for expeditions to the West, few were as famous - or infamous - as John Charles Fremont, whose work produced some of the region’s most detailed maps and propelled him to national fame. Among other things, he taught mathematics to midshipmen on a Navy warship on a long cruise off South America, served as governor of two states and a Senator for one, was court-martialed for insubordination, issued the first emancipation proclamation, and eloped with the daughter of a powerful U.S. Senator.

Today, Fremont is best known for leading five expeditions west, three of which were official U.S. expeditions and two of which were private. On his third official expedition, he was given secret instructions for when he reached California. While in California, he bought a lot of property with cloudy titles and found gold on his land, making him rich, but he also indulged in diplomacy and fighting that may have been a part of his instructions, which remain a topic of heavily contested debate today.

Fremont subsequently joined a U.S. Navy commodore to set up a civil government, became military governor of California, claimed to outrank other local military figures, and set up an Army-Navy dispute that came close to being an actual battle and resulted in a court-martial in which he was convicted and subsequently pardoned by the president.

Fremont retired after resigning his battlefield command in a huff. In 1864, radical Republicans who were unhappy with President Lincoln formed their own party and nominated Fremont to run for president. He could have split the Republican Party in two and assured a Democrat victory in 1864, but he dropped out of the race, assuring Lincoln’s win in the election. Was he a patriot or a realist?

As this all indicates, Fremont’s life was full of intrigue, adventure, and controversy. John C. Fremont: The Life and Legacy of the Legendary American Explorer Known as The Pathfinder chronicles his colorful life and career in an attempt to separate fact from fiction. You will learn about The Pathfinder like never before.