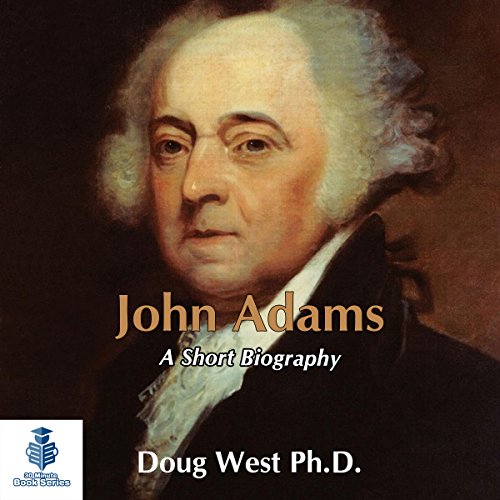 John Adams was in some form of service to America for most of his adult life - serving as a representative to the Continental Congress, envoy to European nations, vice president and, finally, ending his political career as the second president of the United States. At only five-foot-seven, nearly bald, a little overweight, occasionally cranky, and without most of his teeth, John Adams was not an Adonis, but through his intellect, force of will, and dogged determination, he would become one of the founding fathers of America.

The years leading to the Revolutionary War and independence from Great Britain pushed John Adams into fighting for the cause of liberty. As a delegate to the Continental Congress, he was a member of the team in 1776 that drafted one of America's most important documents, the Declaration of Independence. His service to the country was not limited to roles within the borders of the country; for 10 years, he represented America as a diplomat to France, the Netherlands, and Great Britain. He helped draft the State of Massachusetts Constitution and served under George Washington as the first vice president of the United States. After Washington's retirement, Adams ran for president, and in a close presidential election with Thomas Jefferson, he narrowly won the presidency.

His one term as president was marked by considerable strife within the country. America was engaged in a quasi-war with the country's oldest ally, France. The conflict with France did not escalate to a full-blown war, but it did threaten to tear the young country apart, as pro-British and pro-French factions within the political establishment and the general population were ardent in their positions, which caused great animosity between the groups.

Spend some time with this distinguished American in John Adams - A Short Biography.

Welcome to the ninth book in the 30 Minute Book Series. Each book in the series is fast-paced, well-written, accurate, and covers the story in as much detail as a short book allows. In less than an hour, you can listen to the book; it is a perfect companion for a lunch hour or a nice distraction for a train ride home from work.

Doug West is a retired engineer, small business owner, and an experienced nonfiction writer with several books to his credit. His writing interests are general, with special expertise in science, biographies, and "How To" topics. Doug has a PhD in General Engineering from Oklahoma State University.