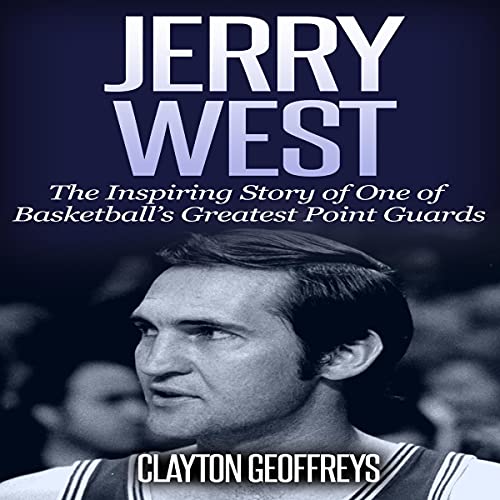 By: Clayton Geoffreys
Narrated by: Josh Horowitz
Try for $0.00

Listen on your PC, Mac, smartphone, tablet device! One of many riveting listens in the Basketball Biography Books series by Clayton Geoffreys.

In Jerry West: The Inspiring Story of One of Basketball’s Greatest Point Guards, you'll learn the inspirational story of one of basketball's greatest of all time, Jerry West. Jerry West is one of the few individuals in the game of basketball who has seen success both as a player and as an executive. A 14-time All-Star, West won an NBA Championship in 1972 as a player, and has also won eight titles as an executive at the time of this writing.

Whenever people talk about who are some of the greatest basketball executives of all time, Jerry West's name is frequently referenced. Few commandeer as much respect and admiration as West. In this basketball biography book, we'll dig into Jerry West's story as both a player and as an executive.

Get this basketball book on Jerry West today if you're looking for an inspiring basketball biography book to listen to, or a gift for a basketball fan! It's perfect for listening at home or on the go.

Here is a preview of what is inside this Jerry West book:

What listeners say about Jerry West

Well written and performed biography of Jerry West. I have always been a fan of his and learned a lot about him from this book. I enjoyed it and would recommend to anyone