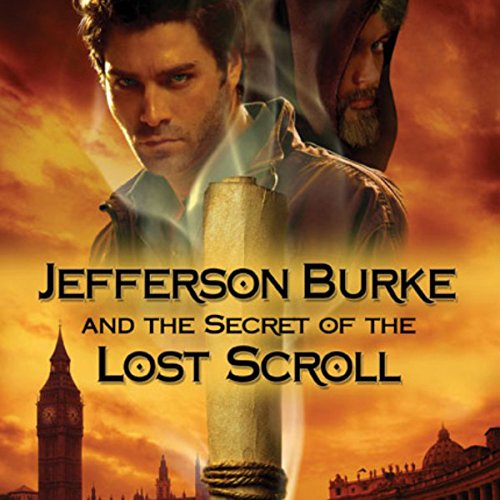 Jefferson Burke and the Secret of the Lost Scroll

By: Ace Collins
Narrated by: Paul Michael Garcia
Try for $0.00

Jefferson Burke and the Secret of the Lost Scroll is a mystery as old as the Christian church wrapped in a modern-day thriller. Though an unwilling hero, professor Jefferson Burke's intellectual curiosity pits him against the powerful Bruno Krueger in a race to find a 2,000-year-old scroll that calls into question the divinity of Christ and could shake the foundation of Christian faith, upsetting the balance of power in the modern world. Their deadly quest spans the globe, involving officials from the Vatican and the CIA, and FBI agents, British royalty, a Hollywood actress, and modern terrorists. This classic battle of good vs. evil will hook believers and doubters alike. The uncertainties raised by the very existence of the elusive scroll will have every listener questioning the basis of their faith and wondering what would happen if certain fundamental truths suddenly were proven untrue.

Artfully and thoughtfully told, this is the kind of action-packed adventure story that will keep loyal Ace Collins readers and listeners - and increasing legions of new fans - coming back for more.

The Narration was really bad

I am so glad that Audible put a rating for performance, because in the old rating system I would have had to give the entire story as one star.

This book is supposed to be an Action/Adventure a sort of Indiana Jones adventure, but the narrator was so boring that I thought he was reading a Jane Austin book. I almost didn't finish it. If you are interested in this book I would suggest reading it.