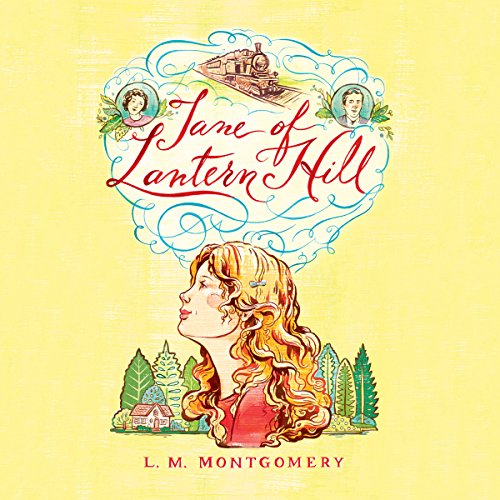 By: L.M. Montgomery
Narrated by: Lauren Saunders
Try for $0.00

For as long as she can remember, Jane Stuart and her mother have lived with her controlling grandmother in a dreary mansion in Toronto. Jane always believed her father was dead, so she was shocked to receive an invitation to stay with him for the summer on Prince Edward Island. But from their very first meeting, Jane fell in love with her charming father and his whimsical cottage. During her stay with him, she even found herself daring to dream that there could be such a house back in Toronto - a house where she, Mother, and Father could live together without Grandmother directing their lives - a house that she could come to call home.

What listeners say about Jane of Lantern Hill

one of my favorite books from childhood. Dip excited to have it on audio now. My family loved it.

Not Worth an Audible Credit

It was not LMM's best work by any means (by that I mean, not on par with the Anne books or Blue Castle), but perhaps I would have liked it better with a different narrator.

She did not carry the nuance of the story. She was easy enough to listen to, but she did not lend any depth to the characters or credence to the plot line. Also, the performance itself was awful. There were many, many times when phrases were repeated. Once, the narrator mispronounced a word. It was corrected, but we heard both the incorrect pronunciation and then the correct. Bad, bad job on the part of the director and editor!

The story was wonderful it needs better editing. There were multiple times each chapter where there is repeated sentences and misspoken words. Poor editing but don’t let that stop you. A charming story!

Adore the book. The recording needs to be EDITED!

One of my favorite LMM books. I've read it numerous times and am thrilled to have the audio version. However, this recording really needs to be edited. There are so many times where the narrator stumbles and repeats herself or mispronounces a word and rereads the sentence. The errors need to be removed! It really detracts from the story.

This book by the author of Anne of Green Gables is a lovely listen. Performed well, Ms. Saunders brings the characters of L.M. Montgomery to life.

loved every minute of Lantern Hill, Jane Victoria's story is enchanting, realistic, and fun. would have loved a sequel

I've read this story as a child and listening to it again reminded my why I loved it so much. One of LMM's best books. Nice narration.

The book was the only one of L.M. Montgomery's that I had not yet read. It was different and meloncholy but also beautiful in its descriptions, which is a hallmark of her writings. It reminded me of Blue Castle but written regarding a child rather than a woman. I do love to read about a misunderstood and mistreated heroine overcoming her struggles and finding out that dreams can come true for her.

The narrator had a pleasant voice but I noticed that one several points during the reading, there would be a brief pause and the same words would be repeated. I wonder why those parts weren't edited out. Other than that it was well-done.

I'm disappointed that this wasn't awesome, because I liked this book a lot as a kid (though some things struck me differently listening as an adult) and I was really excited to see more of the lesser-known LM Montgomery works getting audiobooks.

I thought the narrators voice would grow on me, but it didn't really. She attempts different voices but is just very bland, to me, and did not do a good job with Jane's fathers voice.

Throughout the recording, too, are multiple duplications of lines (as if the narrator took a break and then reread the last line and went forward, but the editing left both lines in). Not a huge deal, but this is the first audiobook from audible that I've heard this on. It just seems unpolished.

Overall, nothing awful but could've been much better. Recommended for fans, but for someone new to LM Montgomery I would choose something else.

I’ve read this book when I was young and love the story. Reading performance is pretty good. Unfortunately I didn’t feel anymore did a quality check after it’s edited. There were many repeats and that was rather annoying.