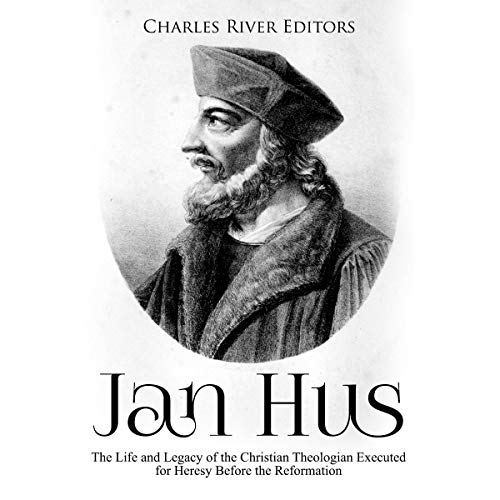 Jan Hus: The Life and Legacy of the Christian Theologian Executed for Heresy Before the Reformation

Theologian and reformer John Wycliffe never had the opportunity to take his doctrines outside of his native England, but he could never have imagined that his teachings would one day travel as far as 920 miles east to Bohemia. In fact, while his contentious convictions aroused much ado at home, receiving both praise and contempt from followers and ecclesiastical figures, his messages would be far more resonant across the Channel than they ever were back home.

The revival of Wycliffe's ideas, many believe, was ignited by receptive Bohemian students who were introduced to the reformer's works at Oxford University and became so moved by his thoughts that they felt it absolutely imperative to spread the good word in their own kingdoms. Questioning Christians quietly perused compilations of Wycliffe's books and were, at the very least, intrigued by the nonconformist's opinions. One curious mind, however, was supposedly so inspired by Wycliffe that he was at once galvanized into action. Instead of simply parroting Wycliffe's seditious ideas, he launched an entire movement and remained fervidly true to his cause, even when his own life was at stake. This fearless firebrand was none other than Jan Hus, the father of the Bohemian Reformation and one of the most infamous heretics in all of Europe.

The parallels between the lives of Wycliffe and Hus were as numerous as they were uncanny. For starters, both Wycliffe and Hus came from humble beginnings, and they shared a number of similar accomplishments, including the translation of the Bible into their native languages well before Gutenberg invented the printing press. Wycliffe was apparently the first to render the Bible into English, while Hus and his successors revised the Bohemian (medieval Czech) Bible.

If Wycliffe was the “Morning Star of the Reformation,” Hus was the Guiding Star of the movement. Hus started as a Czech priest, but he quickly became notorious for debating several Church doctrines such as the Eucharist, Church ecclesiology, and many more topics. Today, he is viewed as a predecessor of the Lutherans, but the Church viewed him as a threat, and the Catholics eventually engaged Hus’ followers (known as Hussites) in several battles in the early 15th century. Hus himself was burned at the stake in 1415, but his followers fought on in a series of battles known as the Hussite Wars, and Czechoslovakia’s inhabitants by and large remained Hussite afterward. About 100 years later, Martin Luther would spark the Reformation across the continents.

Jan Hus: The Life and Legacy of the Christian Theologian Executed for Heresy Before the Reformation chronicles the reformer’s life and teachings, and the influence he had in the wake of his death.

What listeners say about Jan Hus: The Life and Legacy of the Christian Theologian Executed for Heresy Before the Reformation

What a great listen. From now on I am a Husite, such a compelling story of martyrdom and true faith in Jesus Christ.