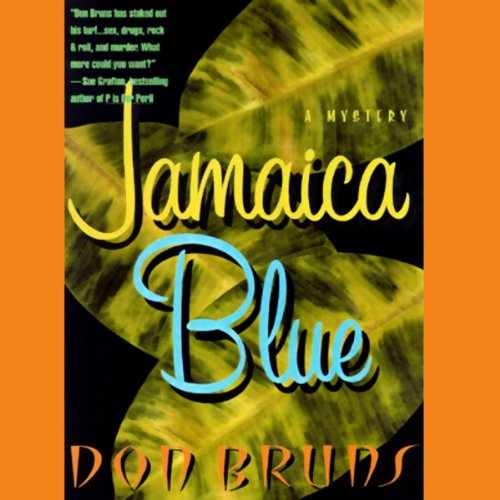 Against the exotic backdrop of Jamaica and Florida, charismatic rock reporter Mick Sever investigates a reggae band's involvement with the violent deaths of young girls in this gripping mystery of music and murder.

Led by their mysterious and captivating singer Derrick Lyman, the band seems ready for their big break. But after their first American concert, a beautiful young girl is murdered. A member of Derrick's entourage is caught red-handed, and the case seems to be closed, except that Sever knows it's not over. Threatened at every turn, Sever must enter the world of rock and roll to find the truth and expose a murderer before he kills again.

"Don Bruns has staked out his turf...sex, drugs, rock and roll, and murder. What more could you want?" (Sue Grafton)

What listeners say about Jamaica Blue

I bought this book because I loved Don Bruns "Stuff to Die For". This story was easy to get into and kept me interested. You'll learn little things about the music industry without too much detail. The characters and narration were good enough that I bought and listened to the second book in the series "Barbados Heat" right away. I don't like them as well as the "Stuff" book but will continue to listen to the series.

I thoroughly enjoyed Jamaica Blue. I really felt like I was along for the ride. The characters were great, and I couldn't put it down as I got towards the end. I look forward to reading many more of Don Bruns's books.