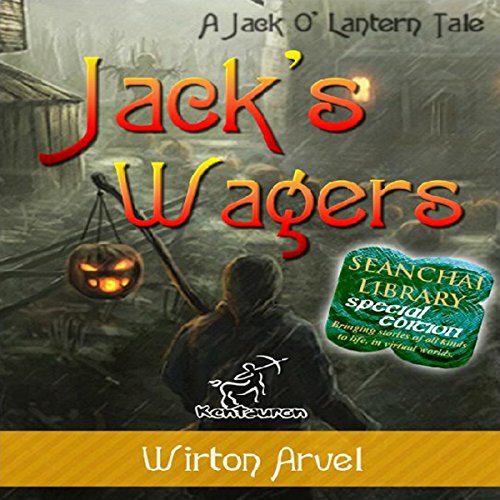 This tale is loosely based on the Celtic legend of Jack O' Lantern and Samhain feast. It's told from the voice of a "Seanchai", a traditional Irish storyteller. Hear Shandon Loring, chief bard at the Seanchai Library, in a recording during a live performance.

According to an ancient Celtic legend, it's said that on the night of Samhain (the Celtic New Year's Eve), a night that's outside the cycle of time because it belongs neither to the old year that has just ended nor the new year that has not yet begun. It may be possible to discern, in the mists that separate the world of the living from that of the spirits, a man who wanders in search of the road to paradise. He holds his lantern in a hollowed-out pumpkin; and inside it, there would be a burning firebrand from the embers of hell.

That man is Jack!

But who was Jack?

The only ordinary man who has a feast day dedicated to him that is now celebrated all over the world.

Why do we celebrate him on Halloween night?

Hardly anyone knows his story. "To hell with them!" Jack would say.

I really enjoyed this story. It was a neat twist on how Jack O Lantern came to pass.