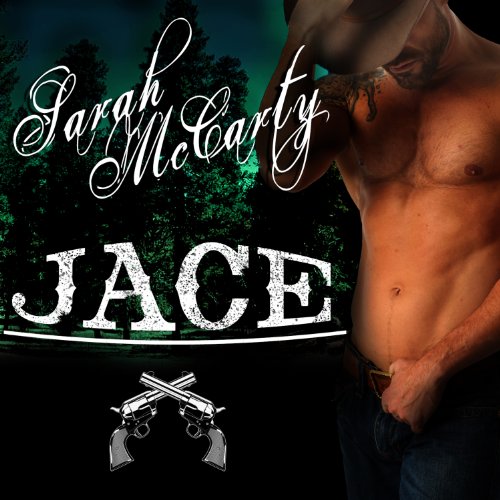 Jace Johnson never thought of himself as a family man. He felt much more at home as a vampire raising hell out on the range. But when he met Miri, that all changed. Their relationship was forbidden and tumultuous, and it came to a gut-wrenching end the day Miri disappeared. When after a year of searching, Jace finds Miri in a Sanctuary enclave, he has only one vow: to take back what's his.

After a year of cruel experimentation by the Sanctuary on her werewolf form, Miri is no longer the passionate mate Jace remembers. Closed off and resolute, all she lives for is the rescue of the daughter Jace never knew they had, taken from her at birth by the Sanctuary because of her unique vampire/werewolf bloodlines.Now, Jace and Miri will have to overcome the tragedy of their pasts. It's the only way to save their beloved child from the deadly grip of a merciless enemy, and to reclaim the future they both desire.

"The third entry in the Shadow Wranglers series is filled with action and exciting subplots." (Romantic Times)

What listeners say about Jace

This is the best book so far in the Shadow Wranglers series. There appeared to be more attention to character development; with emotions better explained and explored. The tone of the book was not as "angry" as the first two, and when anger was displayed, it felt appropriate to the situation. The narrator, Tavia Gilbert, does an excellent job voicing this series. Each character is easily identifiable. I particularly liked her characterization of Jace; very believable. If Gilbert continues to narrate this series, I will continue to listen.

This is a wonderful series! All the brothers, thus far, are great characters and have a true love for family. I love the way each brother is so different from each other and the paths they travel to find their true mates. I recommend this series to anyone who love vampires, weres and a good love story. Tavia Gilbert is a wonderful narrator, Could not have been a better narrator for this series. Can't wait or the next book!

Jace is the third Johnson Brother, he is a hair trigger away from exploding, but I find him to be the funnies of all the brother. He loves with a passion and is very patient with the women he has been searching for. Mary is on the very on a nervous breakdown, although she still loves Jace, she is afraid to give him her heart again in fear of being left. It take a while for the miscommunication to clear the air between them and Mary to come around, but when she does, she does it in a big way. You will love this book, but in you must read or listen to the other two books before this one. Each book sets up the next.

This may be my favorite so far of the Johnson brothers. Jace and Miri work through her abuse by Sanctuary vampires, kidnapped daughter and her believed betrayal by Jace. Can't wait for Shade's book!!

Jace had something that Jared and Caleb didn't. Jace was unpredictable. Absolutely love the misunderstanding between Vamps and Wares! Great action, great love great rescues! Thanks Sarah!

Brought tears to my eyes

Heartbreaking story. The narrator brought me to tears several times.
As Jace searches for his daughter he finds both friends and enemies in unexpected places.
Miri has to dig deep and find the strength she has before her kidnapping in order to find love and acceptance in the eyes of her old pack.

This one was more original!

This storyline was the most unique of the series. This Brother’s mate was also unique. She started out as a werewolf and evolved.

I liked the story, overall, with the exception of the type of angst used. I hate it when secrets and dishonesty are used to develop angst, in a novel. It causes me to be irritated and takes away from my enjoyment of the novel.
-V from Kansas

I loved the character dynamic between Jace and Miri. A Vampire and a Lycan. Awesome!

Jace and the Johnson brothers and friends rescue Miri from the Sanctuary compound where she was held captive. The bulk of the story is them trying to find their missing daughter Faith, adopting another rescued daughter, and Miri recovering while rebuilding her relationship with Jace. And Allie has her baby.
Gilbert does a good job of narration