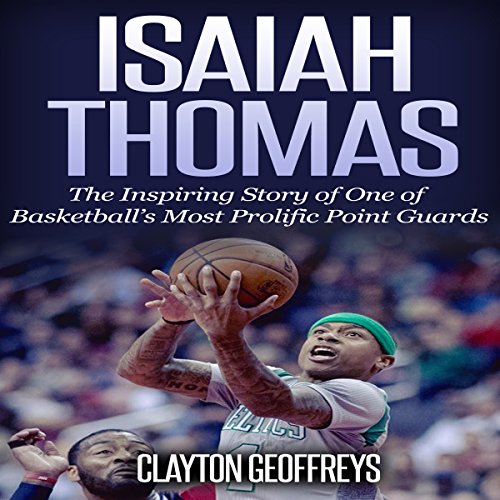 By: Clayton Geoffreys
Narrated by: Michael Goldsmith
Try for $0.00

In Isaiah Thomas: The Inspiring Story of One of Basketball's Most Prolific Point Guards, you will learn the inspirational story of one of basketball's premier point guards, Isaiah Thomas. The Boston Celtics secured the top seed in the Eastern Conference for the 2016-2017 season behind the leadership of Isaiah Thomas. Thomas, just 5' 9'' in stature, has overcome many obstacles to become one of the best scorers in the league. His ability to both penetrate and create shot opportunities for himself are truly impressive, making him the Celtics' go-to scorer in the fourth quarter.

In this book, we'll learn more about Isaiah Thomas' journey into the NBA, his impact on the game, and his growing legacy as one of the greatest small guard scorers in the modern era.

Here is a preview of what is in this audiobook:

What listeners say about Isaiah Thomas