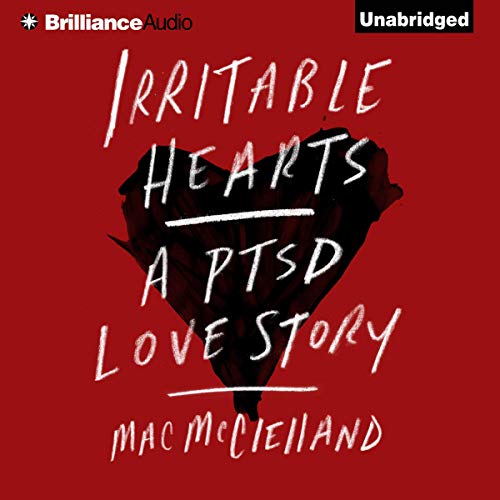 By: Mac McClelland
Narrated by: Cassandra Campbell
Try for $0.00

In 2010, human rights reporter Mac McClelland left Haiti after covering the lingering devastation of the earthquake. Back home, McClelland finds herself imagining vivid scenes of violence. She can't sleep or stop crying. It becomes clear that she is suffering from Post-Traumatic Stress Disorder, triggered by her trip and seemingly exacerbated by her experiences in the other charged places she'd reported from, places from where she thought she'd escaped emotionally unscathed. The bewilderment about this sudden loss of self-control is magnified by her feelings for Nico, a French soldier she met in Haiti who, despite their brief connection, seems to have found a place in her confused heart.

With inspiring fearlessness, McClelland sets out to repair her broken psyche. Investigating her own illness and the history of PTSD, she discovers she is not alone: traumatic events have sweeping influence. While we most often connect it to veterans, PTSD is more often caused by other manner of trauma and can even be contagious--close proximity to those afflicted can trigger it in those around them. As McClelland confronts the realities of her disorder, she learns to open her heart to the love that seems to have found her at an inopportune moment.

Vivid, suspenseful, and intimate, Irritable Hearts is an unforgettable exploration of vulnerability and resilience, control and acceptance, and a compelling story of survival that expands the definition of what trauma is and offers powerful hope for those who need to work through it.

What listeners say about Irritable Hearts

As a psychologist and professor I found this books useful for people all those learning, treating or living with PTSD.

This is the bravest most honest picture of someone struggling with not just the fallout from trauma but the societal bullshit that people with these conditions deal with too. Not only that but the deep level of suffering, self-hatred and terrifying thoughts of self harm that can result from PTSD. Engrossing, terrifying, relatable and so goddamn brave. Way to go, girl. You have helped more people than you know.