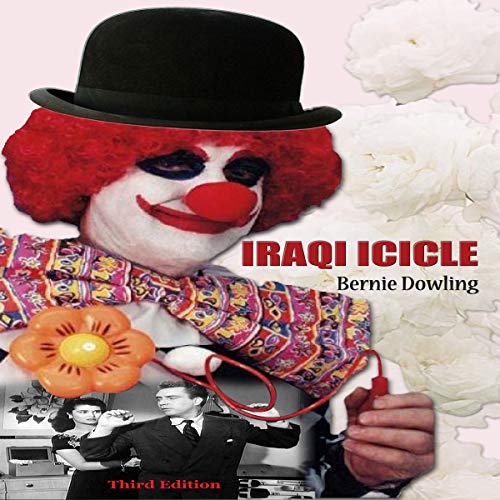 The fix is in, and the bodies are piling up. A dead actress, a dead gambler, and that’s for starters.

With murder following his every step, determined underachiever Steele Hill is tangled in layers of intrigue and deviousness. Pulled from his 1980s cozy world of the racetrack, the rock-music pub, and his favorite band in the world, the Go-Betweens, everybody the wisecracking Hill meets is in danger.

One ally is a reclusive teenage math whiz, channeling Hendrix and tapping into prohibited military software and magic mushrooms.

Leaping off the shoulders of Joseph Heller's Catch-22, Iraqi Icicle is a wild and hilarious ride through the murky worlds of gambling, drugs, politics, and rock ’n’ roll.