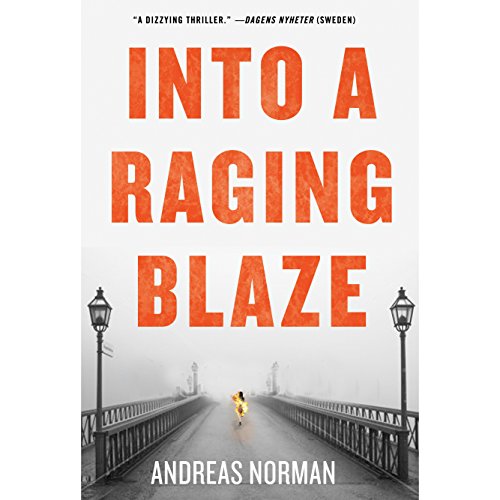 Into a Raging Blaze

By: Andreas Norman
Narrated by: Maggie Mash
Try for $0.00

Andreas Norman, a former diplomat in Sweden's Ministry of Foreign Affairs, was deeply involved in counterterrorism work and Sweden's role in the Arab Spring. In his debut novel, Into a Raging Blaze, Norman uses his insider knowledge to create a mesmerizing espionage thriller that reverberates with authenticity.

In September 2011, things are going well for Carina Dymek. The intelligent, determined young woman has expertly carried out her duties as EU coordinator for the Swedish Ministry of Foreign Affairs. A promotion is likely any day now.

She's moved past her divorce and found true love in the arms of Jamal Badawi, an Egyptian-Swedish national. And she's been chosen to represent Sweden at an international meeting in Brussels on joint security policy. But she gets far more than she bargained for at the conference, when a nervous-looking man who identifies himself only as "Jean" approaches her during the lunch break outside and presses a USB storage device into her hand with little explanation. Carina is shocked and disturbed by what the contents of the device reveal: high-level plans for a new pan-European intelligence service, bound by few, if any, national laws or international rules of conduct in its surveillance, arrest, and interrogation protocols. And its objectives are equally questionable, with a clear agenda to curb foreign immigration into the EU and freely violate civil rights for the sake of preempting Arab terrorism.

When Carina dutifully presents the documents to her superiors at the MFA, they are not happy. Before long Carina is suspended, escorted from the building by security, and under investigation by SAPO, Sweden's intelligence agency. Initially SAPO agent Bente Jensen - another strong, resourceful woman - focuses on the question of how a rank-and-file MFA employee obtained this ticking time bomb of intelligence.

What listeners say about Into a Raging Blaze

The main character comes across as a teenage heroine. The workings of the Swedish governmental agencies are interesting and the senior leader of the Swedish clandestine core is well done. The premise a secret Secret EU working group w/ the Kings X Americans thrown in with an ultra smug British element is icing on the cake. I enjoyd the book (except for the middle aged teenager playing the lead). I do like the Scandinavian mysteries coming on to the American market and I chose this book for this reason. It was worth it.