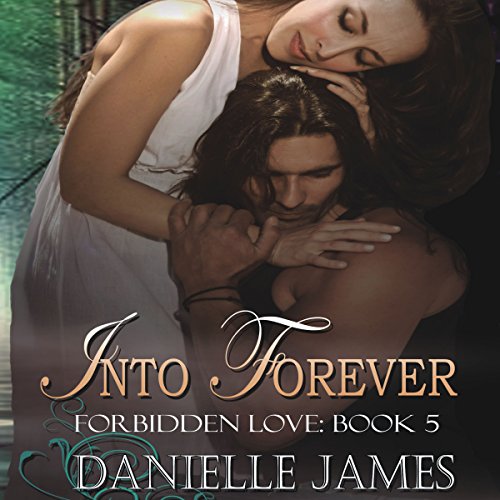 By: Danielle James
Narrated by: Miles Taylor
Try for $0.00

Gage had been with the Knight family for more years than he could remember. He watched as each of his brothers found and claimed their mates. It really was no surprise to Gage when he found his own mate in a beautiful fey woman who had already become as close as family.

The only problem was that Serena was promised to another man. Gage knows what he must do in order to bring her back to his side. He will have to become the thing he hates most and embrace his heritage that he tried so hard to forget. His family will stand strong beside him as they face danger again for the sake of love.

What listeners say about Into Forever

Narrator Not For This

Great story. Narration could have been better. Voice did not go parts. Seemed rushed. Other than that it was a good listen.

The 5th book in the series and not a stand-alone. In this book Gage must claim his birthright to be able to rescue and prove himself worthy of the love of his mate, who happens to be a fae princesss. It is a sweet if slow moving story. The other vampires in the clan also take part.

I did not start this book series at the beginning and so came in obviously missing major bits and pieces to the puzzle of the story line. However, that being said, it was still an engaging story that kept your interest and lead some where. Characters seem well developed and had depth to them. Graphic Sex was in basically every chapter for those of you who need to have that element. The series felt deep enough I want to go and get the other books to see what I missed. I received this book at no charge in exchange for an honest review. I would be interested in and would recommend this book and series. Those interested in the super natural would enjoy the dynamics of the whole thing I believe.

Interesting but a little anti-climactic

Into Forever is the fifth book in the Forbidden Love Series and obviously so. While the book is stand alone, I think it is necessary to read or listen to the earlier books to understand the characters and their history. This was my first book in the series and I think missing the earlier books affected how much I enjoyed the story. I did find the characters very interesting and their relationships (as couples and as a family) complex and full of potential. I thought that the story was leading the reader to a larger crisis than what actually resulted, which was a little disappointing. That said, I enjoyed the potential of this series enough to be a little curious about what happened in the earlier books and what has yet to come.