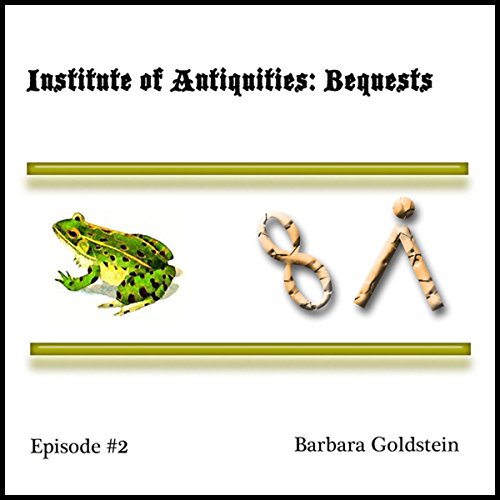 Recently, in reality, archeologists found evidence of writing 9,000 years ago. If there was an Atlantis 10-12,000 years ago, it would be highly likely that it would have links to writing that came after it. Similar to a "Mad Max" scenario, when Atlantis fell, the population would end up mostly illiterate, losing most of the written language with it. But certain symbols and letters would persist, leading to the simple bills of laden 9,000 years ago.

Most of the IA team goes up the Amazon to find a large pyramid they saw on the map in the crystal ball. They no sooner arrive in Brazil and find that Dr. Carruthers has his own team and is following them, establishing him as their nemesis. They temporarily shake him when their plane crashes. Shortly after they face a cave-in, find the Pyramid and are temporarily captured by local natives. Part of the team ends up locked in the pyramid when Carruthers catches up with them again. Amidst the disruptions, the Team links the Atlanteans to modern history in an unexpected way. They also uncover more about the fall of Atlantis and the legacy left. The rest of the team meets with gypsy experts to see what they can learn about crystal balls, and one of the experts gets the idea to steal a crystal.

This series just keeps getting better and better. This is non-stop adventure that captures the imagination. I can't wait for the next chapter.