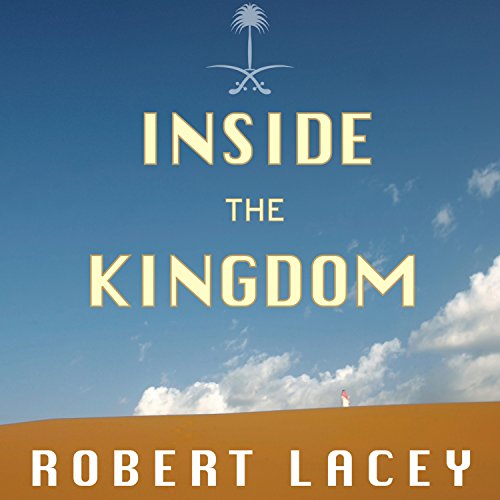 What listeners say about Inside the Kingdom

I've lived most of my life inside the kingdom, and found this book to be quite fair in its conclusions. However, I disagree with a lot of the author's view points. He was taking certain examples of the society of Saudi Arabia, some of which are extremely rare, and attributing it to the life style of the Saudi people. For example, the example I hated most, is the one about lesbians. He noted that lesbianism is very common in Saudi Arabia because women don't mix with men. I totally disagree with him. Lesbianism does exist in the society, but I don't believe the reason is because of not mixing the two genders. Why is lesbianism very common in the US, where the two genders do mix to a large extent? He was also describing intimate feelings between women there too closely, which is really inappropriate for this kind of books, based on one single story of one single Saudi woman. Taking one example of one person and generalizing it to the whole country is not fair.

Also, pointing out that Saudi men don't sit with their wives unless they want sex and that you don't see them holding hands in public and generalizing that on all Saudi communities is totally wrong. There are a lot of people that way, but the country covers a huge area with many many different cultures and ethnics, and not all Saudis are the same.

This book is one of the best books out there on the internal workings of largely misunderstood nation.
Having lived in Saudi Arabia for ten years, i know that all the stories in the book have the ring of truth and the author knows his facts

I can not recommend this book highly enough

The narration was full of affectation (eg formal/stiff). It is incredibly difficult to understand what the author has to say because of the way it is read. DARN!

Great book to learn about Saudi Arabia's issues. The narrator was also good. I'm interested in reading the first book.

What did you love best about Inside the Kingdom?

Both historically factual and humorous

What does Robert Lacey bring to the story that you wouldn’t experience if you just read the book?

Would you listen to Inside the Kingdom again? Why?

Most likely not. Despite being a great book, there are of course, so many other histories to read/listen to.

What was one of the most memorable moments of Inside the Kingdom?

Lacey's use of large excerpts from interviews give a human face to story Saudi history. The story he tells of the "Qatif Girl" at the end of the book is particularly poignant.

Better alternatives out there

I needed to learn about Saudi Arabia fast for a project I am going to do there shortly. I bought this book because Robert Lacey is well known for his expertise on Saudi Arabia. Unfortunately I found this book difficult to follow and fairly convoluted in its prose. I later found a different book, Prophets and Princes by Mark Weston and found it significantly more digestible. If I had been able to read a few pages of Inside the Kingdom I think I would not have purchased the book.