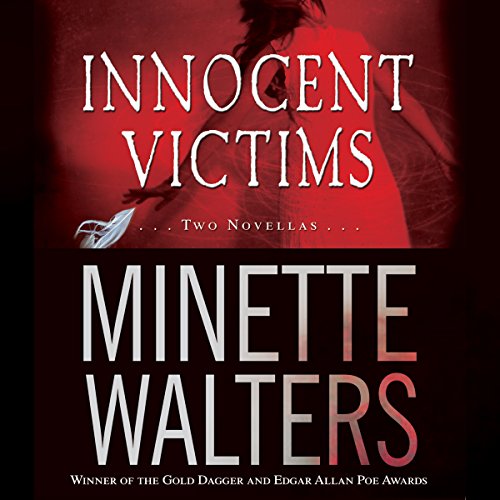 By: Minette Walters
Narrated by: Simon Prebble
Try for $0.00

In December 1924, a murder took place on a chicken farm in East Sussex, England. Although Norman Thorne never confessed to killing his girlfriend, Elsie, he was tried and hanged for the crime. In Chickenfeed, Walters burrows deep into an English legend, creating a suspenseful tale of fiction based in fact. Was Thorne guilty? If so, what was his motive?

Set in the small village of Sowerbridge, The Tinder Box is a tale of chilling ambition. Patrick O’Riordan has been arrested for the brutal murder of elderly Lavinia Fanshaw and her live-in nurse, Dorothy Jenkins. As the village unites against the O’Riordan family, Siobhan Lavenham is convinced that Patrick is the victim of a prejudiced investigation. But when terrible secrets come to light, she is forced to question her loyalties.

What listeners say about Innocent Victims

Couldn't get through the first story. so depressing with no hope of a good result. Reminded me of Theodore Dreiser - relentless march toward upsetting bad end.

Two novellas - the first one was ok the second was much better. Loved the characters and the twists

Exciting, twist at the end of each

I enjoyed the plots of both novellas. Satisfying. Made me want to read/listen to more of authors books. I have read and listened to other titles by the author and have enjoyed them immensely.