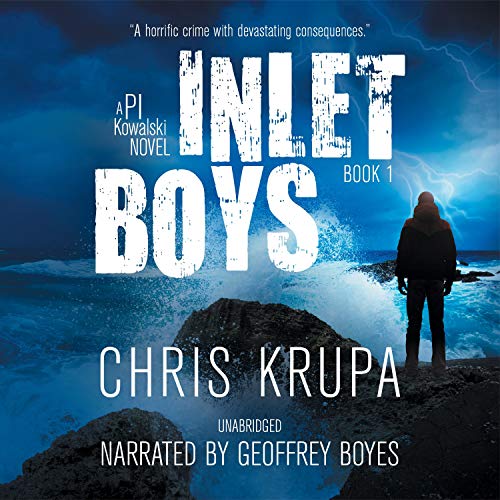 By: Chris Krupa
Narrated by: Geoffrey Boyes
Try for $0.00

PI Kowalski peels back the layers of a sunny, idyllic Aussie town, and exposes the darkness underneath.

PI Matt Kowalski's first case is personal. When his uncle coerces him to investigate the brutal murder of a cousin he barely knew, he can hardly refuse - besides, he needs the money. Still, he feels too old to be wearing all black in The Gong, a beach town in New South Wales.

Clues point him in many directions, including an ex-biker ice trafficker, two masked figures in a warehouse, and even the victim's fiancée, who may have wanted Matt's cousin out of her way.

Now, Matt has unwittingly exposed those he loves to a ruthless black-racketeering syndicate, and he must track a killer before they take out his family.

On his own and up against heavy odds, he exposes a horrific crime with devastating consequences, which will affect the town forever.

What listeners say about Inlet Boys