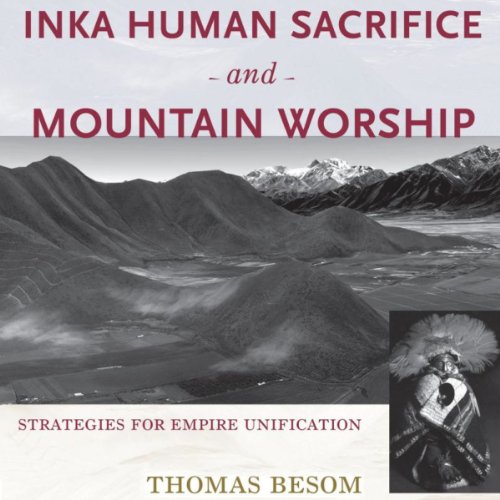 By: Thomas Besom
Narrated by: Kelly Klaas
Try for $0.00

The Inka empire was the largest pre-Columbian polity in the New World. Its vast expanse, its ethnic diversity, and the fact that the empire may have been consolidated in less than a century have prompted much scholarly interest in its creation. In this study, Besom explores the ritual practices of human sacrifice and the worship of mountains, attested in both archaeological investigations and ethnohistorical sources, as tools in the establishment and preservation of political power.

Besom examines the relationship between symbols, ideology, ritual, and power to demonstrate how the Cuzquenos could have used rituals to manipulate common Andean symbols to uphold their authority over subjugated peoples. He considers ethnohistoric accounts of the categories of human sacrifice to gain insights into related rituals and motives, and reviews the ethnohistoric evidence of mountain worship to predict locations as well as motives.

He also analyzes specific archaeological sites and assemblages, theorizing that they were the locations of sacrifices designed to assimilate subject peoples, bind conquered lands to the state, and/or justify the extraction of local resources.

What listeners say about Inka Human Sacrifice and Mountain Worship