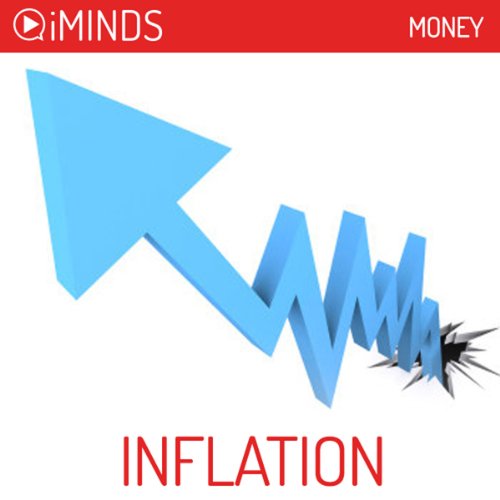 By: iMinds
Narrated by: Emily Sophie Knapp
Try for $0.00

Learn about inflation with iMinds Money's insightful fast knowledge series. Inflation is the increase in the general price of goods and services brought about through either an increase in the amount of money in circulation or by an increase in costs. Historically, inflation often occurred due to the acquisition of new gold deposits. For example, inflation occurred in Europe when Europeans brought back gold from their new American colonies in the Early Modern period. In more recent times, wars have proven to be a major cause of inflation. This is because war leads to government borrowing, increased money supply and fewer consumer goods. This causes a rise in the prices of the goods that are still available. However, aside from discovery and conflict, inflation is a natural economic progression and has been occurring globally since the end of World War Two. In the United States, yearly inflation of 2% to 3% is considered average.

When inflation is greater than zero, money loses some of its purchasing power. This is a fundamental point to understand for anyone wanting to make money on the stock market. If you invest in shares that do not increase in value at an equal or faster pace than inflation, then you will lose money, even if your price increases.

iMinds will hone your financial knowledge with its insightful series looking at topics related to Money, Investment and Finance... whether an amateur or specialist in the field, iMinds targeted fast knowledge series will whet your mental appetite and broaden your mind.iMinds unique fast-learning modules as seen in the Financial Times, Wired, Vogue, Robb Report, Sky News, LA Times, Mashable and many others... the future of general knowledge acquisition.

What listeners say about Inflation